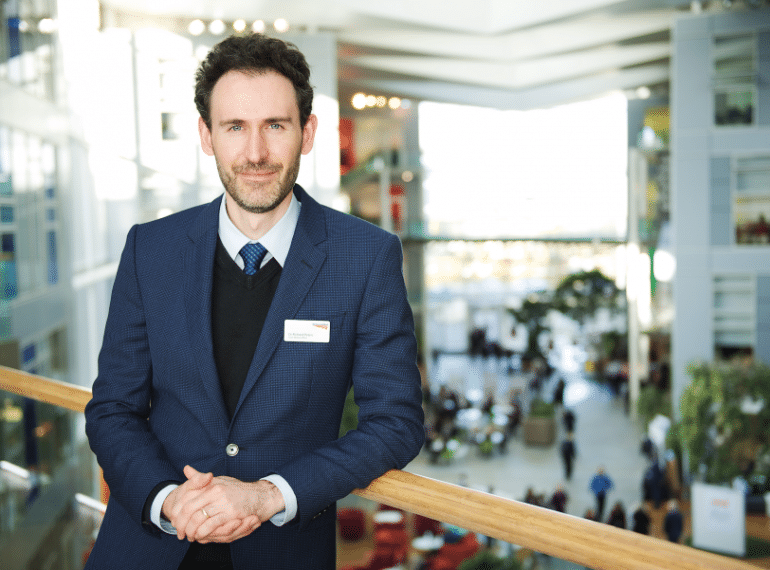 Richard Peters took a degree in Music and then months later embarked on another in Medicine – after receiving some essential help from QE in the interim. 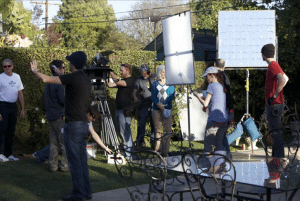 He then successfully trained as a doctor – albeit punctuated by a two-year spell in America pursuing his passion for making film and TV programmes – and later began a career specialising in occupational medicine. Today, Dr Richard Peters is Chief Medical Officer at Network Rail, responsible for the health and safety of 41,000 employees, as well as that of millions of passengers and other customers.

Richard’s time at QE in the late 1990s was relatively brief: he did not arrive until he was 14 and he completed some of his A-level studies elsewhere, since the School at that time was unable to offer the combination of courses he wanted to follow.

Yet he has nothing but praise for the support Headmaster Dr John Marincowitz offered him when he approached him after completing his Music degree at Birmingham in the summer of 2002. Richard wanted to go to King’s College London the same year to read Medicine, and Dr Marincowitz readily agreed to meet him to discuss the matter.

“I talked to him, and within a week he had done my UCAS application. That is the important thing about a school like QE Boys: if you change your career path, they are more than happy to help you to support your ambitions in any way, whether that’s supporting your UCAS application or writing references.” 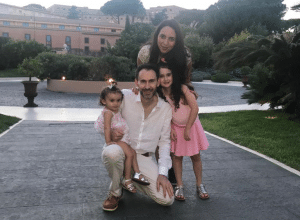 It had been a similar story when he had joined the School, he recalls: his family had been living in the US and he went straight into the GCSE years. His coming to the School at such a time could easily have been regarded as a problem, yet there was no sense of that at all, and he quickly found common cause with those who shared his love for music.

“When I joined, the warmth and kindness of staff and students to welcome me in at quite a difficult stage was fantastic. Having that support, both from the teachers and from other boys who had a passion for music…well, it was really nice to become part of the QE music family.”

Richard, whose instruments are the flute and piano, threw himself into School life, playing with both the School Orchestra and Concert Band, and eventually becoming House Captain for Pearce. He was among the first users of the then-new Music block and he also has happy memories of developing film in the School darkroom for his GCSE Photography.

He already had a nascent interest in matters medical, wanting at that stage to become a dentist, yet decided to study Music to degree level, taking his Music Performance AS in Year 12 before leaving QE to complete his A-levels and then in 1999 going to Birmingham’s acclaimed Music department, where Edward Elgar had first held the Chair. 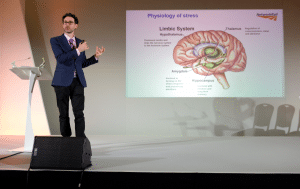 After completing his Medical degree at King’s in 2007, he had a variety of roles in the NHS as part of his training. In 2011, he was appointed an Occupational Health Physician at London’s Royal Free Hospital. He then worked in occupational health for AXA PPP Healthcare, before becoming Chief Medical Officer in Capita’s Personal Independence Payment team. He moved to Network Rail in February 2017.

“I love the job. We are a very diverse organisation. My day could involve anything from going ‘on track’, speaking at large national conferences, chairing various steering groups and committees, to working with the business to design an effective health, wellbeing and ergonomic strategy.” 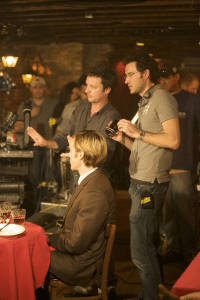 There is a strong focus on the customer. “We have an increasing commuter population that wants a safe, reliable and efficient railway – when they are walking through our stations, for example – and we need to be able to deliver this effectively, hence the importance for a healthy workforce.”

Richard fulfils a number of senior voluntary roles, including chairing the Rail Safety and Standards Board’s Occupational Health Specialist Advisory Group. He is also an Honorary Clinical Senior Lecturer at UCL Medical School where he teaches Occupational Medicine to the medical students.

He retains the enthusiasm that drove him a decade ago to spend two years in Los Angeles making films and working on TV shows. “While I don’t have much spare time, I did manage to combine medicine and media – two of my passions! – when I produced and co-wrote a first-aid training film for Network Rail: it was a fictional drama to raise awareness of the importance of first-aiders for saving lives.” 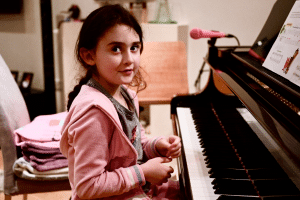 As for his third passion, music, he continues to play both the flute and piano and also enjoys helping his eldest daughter with her piano practice. He and his wife Kate, a GP in training, who live in London, have two girls, with another on the way in June.

Richard stays in contact with a number of other OEs, mostly by social media, although meeting up does prove difficult with all their busy schedules.