Who ate all the tarts? QE boys know the answer 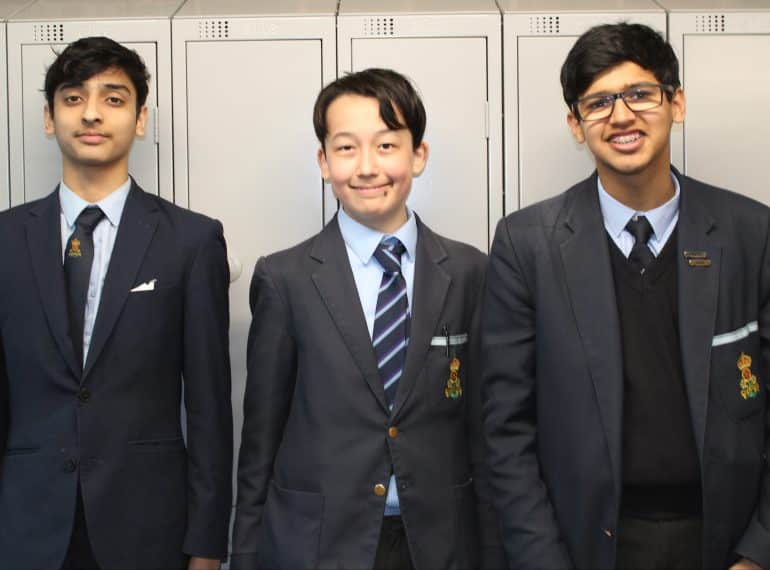 The number of QE pupils receiving top awards in the UKMT Intermediate Maths Challenge has increased again this year, with one boy achieving a perfect score.

The IMC competition, run by the UK Mathematics Trust, is for pupils in Years 9 to 11; 317 boys from QE took part – 174 were awarded gold certificates (up from 172 last year), while 103 were awarded silver (compared to 91 last year), with a further 31 receiving bronze.

Ansh Jassra from Year 10 was awarded Best in School, scoring a maximum-possible 135 points.

With only 500 places available nationally across all schools for the highest scorers for the Intermediate Olympiad, Ansh and 22 other QE boys qualified. A further 174 QE pupils secured entry into the Intermediate Kangaroo, the competition’s other follow-on round.

Ansh said: “With its many challenging yet intriguing maths problems, sitting the IMC was fun, testing and overall a great experience. I am looking forward to the Olympiad!” said Ansh.

Assistant Head of Mathematics Wendy Fung said: “We are delighted with how well the boys have done and extremely pleased with the continued increase in the proportion of boys reaching the follow-on rounds. As the recently introduced 9-1 GCSE has a strong focus on problem-solving, success in the IMC will stand the boys in good stead for their examinations.”

Maxwell Johnson, who was named Best in Year 9 with a score of 130, said: “I hope that I will be able to improve on my score in the [Junior] Olympiad from last year. It will be challenging, but I’m sure I will enjoy it.”

Shimaq Sakeel Mohamed, who also scored 130 and was named Best in Year 11, said: “I am proud to be part of a School where I can achieve great things and the IMC is a great way to do this.”