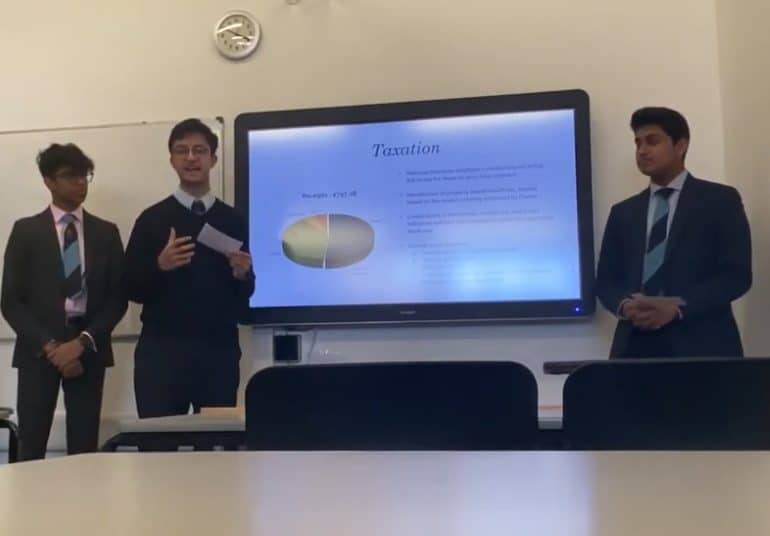 In only QE’s second year of entry, a School team has secured second place in a prestigious and demanding national Economics competition.

For the Budget Challenge, run by the Institute of Economic Affairs (IEA), the team had to put forward a budget with taxation and spending policies for the UK in the coming financial year.

And, since their progression to the final coincided with the explosion of the current pandemic in the UK, the four sixth-formers had to think on their feet to adapt their proposals to the fast-changing national conditions.

Headmaster Neil Enright said: “The boys should be very pleased with this outcome. They clearly demonstrated a mature understanding of the macroeconomic conditions and put together a coherent policy and strategy, at what has turned out to be a very challenging time in our country’s history. They are to be congratulated.”

Ayushman Mukherjee, Thapan Reddibathini, Tanishq Mehta and Hari Gajendran, all of Year 12, had been shortlisted as one of just ten teams to appear before a panel of judges for the final. Owing to the pandemic restrictions, they instead submitted their ten-minute presentation by video.

In it, they described their three-pronged proposals for investment in health, education and social protection. They proposed a tax system that promotes vertical equity, whilst “putting money in everyone’s pocket”. All four boys made contributions and talked through the details of their policies, which they presented in a series of slides. 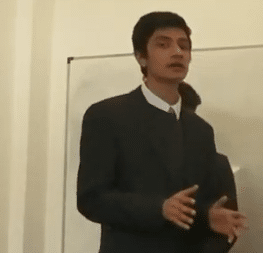 They talked about the impact that the Covid-19 virus has had on the British and world economies, and reflected on how they had had to be responsive in their thinking: “We have had to significantly adapt our original budget,” said Thapan, while Tanishq spoke of the need to supply long-term, sustainable, investment for the NHS in addition to a short-term aid package.

They discussed the looming recession, recent stock market crashes, increasing unemployment, stagnant growth and a struggling economy, as well as the measures they proposed to help alleviate these pressures and challenges.

Head of Economics Shamendra Uduwawala said: “I am delighted for our team, who have certainly had to think on their feet. National competitions such as this help them to apply what they have learned about Economics in the classroom to real-world issues, and these are extraordinary times. It also helps them to develop their writing, research and analytical skills.”

The IEA’s Director of Education, Outreach and Programmes, Christiana Stewart-Lockhart, said: “This year we had a record number of entries and the overall standard was very high, so the teams that made it to the final have all done very well. Obviously, the final of the Budget Challenge could not be done in the usual way this time, so the teams all had to record their presentations remotely and there were several that were outstanding by any measure.”