Learning Latin opens up the astonishing history and vibrant culture of an empire that once stretched from the north of Britain to the banks of the Euphrates. At the same time, it instils academic rigour and equips boys to understand and use other languages well.

Like the Romans from whom it sprang, Latin is a systematic, disciplined language. Those who study it gain a ready grasp of the mechanics and structure of language in general, giving them a foundation of clear thinking and academic competence that will serve them well in their overall development as scholars.

In their lessons, boys acquire a thorough understanding of Latin through the study of texts and literature. There is a rich seam to be mined: Roman authors were diverse, their influence long-lasting. In fact, these writers inaugurated a western tradition in writing that was continued by Chaucer, Shakespeare, Milton, Keats, Eliot and Heaney: tremendous benefits therefore accrue to serious readers of English and European literature who are familiar with the classics of the Roman world.

The Roman Empire is fascinating in other ways beyond literature, and our pupils relish the many opportunities we provide to learn about a civilisation that was at once sophisticated and brutal, and whose influence has resonated down through the centuries to the present day.

Prime Minister Margaret Thatcher’s PR man, Lord Bell (OE 1953-1959), looks back with fondness on his days at QE. “It was a traditional, well-run and disciplined place, but I enjoyed it,” he wrote in his memoirs, Tim Bell, Right or Wrong.

Tim, who is Baron Bell of Belgravia, particularly admired his Latin teacher, John Finnett, who died in 1971, aged just 43: “He actually spoke in Latin. He was a very sensitive, modern, switched-on guy who understood adolescent boys, and if you had a problem, you went to see him…he would talk to you in proper human-being language. But then he’d revert back to speaking Latin for most normal occasions.”

Tim left QE at 18 and joined ABC Television, before rising to prominence through the thriving West End advertising industry. 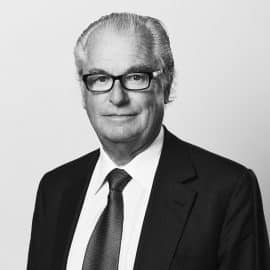 Lower School pupil: An important subject – and fun to learn, too

Harrison Lee likes learning Latin and has discovered that it has helped him to learn other languages as well. “I have found it quite an easy subject, because English contains a lot of Latin-related words. The lessons are fun, too, which makes an important subject enjoyable.”

He also throws himself into extra-curricular activities. “I helped out in the Languages department when I was in Year 7, for the QE Tour. I’m in the Sinfonietta, Cubing Club/Card Games Club and Élite Maths.”

Harrison has not yet decided on which subjects to take at A-level, although he thinks a language might be one choice. “In terms of a career, I want to be a music producer or be in an international railway company.” 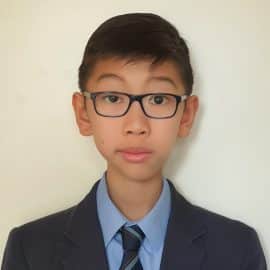 “I find Latin really interesting as a subject, because of the mythology and stories that surround the Roman culture and are embedded in our translations. I also enjoy finding out about the roots of the English language through the etymology of words,” says Ashwin Sureshkumar.

He has found that translating excerpts from textbooks and practising the grammar and vocabulary have been the key to improving.
In School, he assists in running the Latin clinic, helping younger boys with their work. “I also help out at the Classics Society, showing younger students films relating to the classical world, to inspire an interest in it.”

In the longer term, Ashwin aspires to become a doctor and is aiming to study Medicine at university. 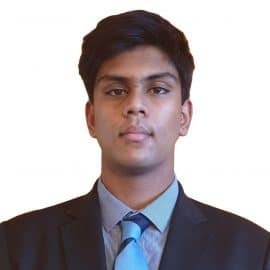 Mr Kidd joined QE in September 2013 as Head of Languages, having previously taught in Enfield and in Harpenden. Before that, he had teaching jobs in France, Germany and Austria and worked for the German Parliament.

“The boys have a genuine enthusiasm for learning. I particularly enjoy lessons with the Sixth Form, as working with such motivated students to such a high level is very inspiring and rewarding.”

As a department, we work with Post Graduate Certificate of Education (PGCE) providers, such as Kings College London, taking at least two trainees every year. We have two international links – Collège St Pierre in France and Friedrich von Bodelschwingh Schule in Germany. We also participate in the Prince’s Teaching Institute. 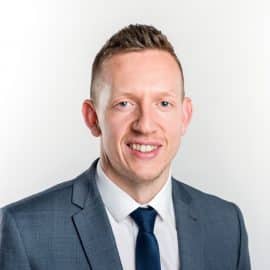