‘And the light shineth in darkness’

Music > News & Events > News > ‘And the light shineth in darkness’ 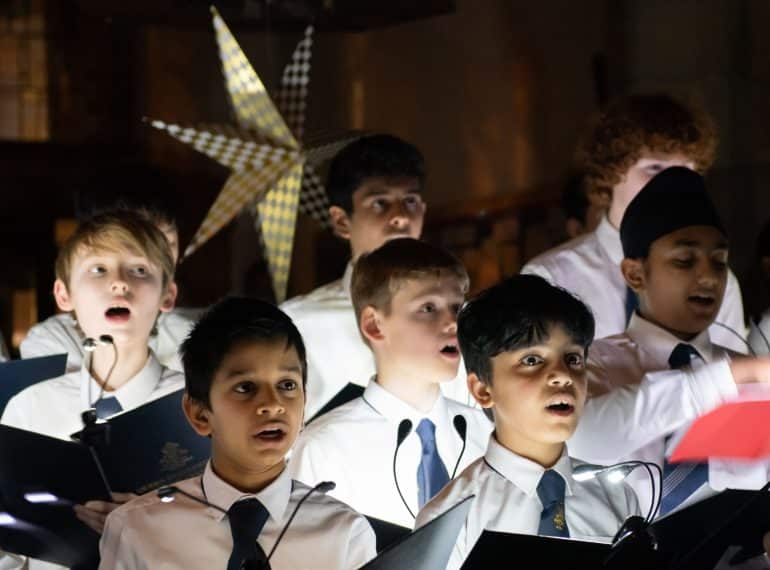 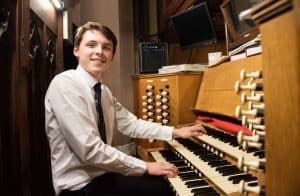 This year, before the service began, Year 13’s Drew Sellis, who has won a Cambridge organ scholarship, took his place in the organ loft in Chipping Barnet Parish Church to perform pieces by Bach, Brahms and his own fantasia on Once in Royal David’s City.

After the organ voluntaries, there was a further innovation as the church was plunged into darkness for two minutes of silent reflection, with the lights remaining off as the Chamber Choir sang the antiphon and then a soloist performed the initial verse of the carol that Drew had already prefigured.

The carols and choral pieces throughout the service were interspersed with Christmas Bible readings from boys and staff, culminating in Headmaster Neil Enright’s reading of the prologue to St John’s gospel, with its themes of Jesus Christ as both the Word and Light of God. 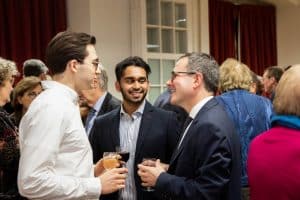 Before the service, Old Elizabethans and VIP guests were invited to a reception at nearby Church House, at which they were entertained by the String Quartet.

Mr Enright said afterwards: “This was an excellent carol service and a fitting way to herald the start of the holidays. It is always a special occasion in a QE Christmas, and this year it was enhanced by the dramatic and symbolic shared experience of waiting in darkness for the light to appear.

“I was pleased to see so many governors, Old Elizabethans, former staff and other friends of the School. Our Year 7 boys always come to the carol service to round off their first term and it was good to welcome a good number of their parents, too. I commend our choristers, instrumental musicians and readers on their contributions to the evening.” 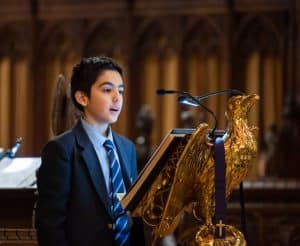 Mr Enright also thanked the Reverend Chris Ferris, officiating at his final service for the School. Mr Ferris, who has served as a governor while in post as Rector, moves on from the parish at the end of the calendar year.

The church was absolutely full, with some even having to stand at the back. The congregation joined in with the familiar carols, while the Chamber Choir sang Arvo Pärt’s version of Bŏgŏroditsye Dyevo and then the Chamber Choir soloists sang Rachmaninov’s version. The School Choir’s pieces included O Come, O Come, Emmanuel.

In one of his final duties, 2019 School Captain Bhiramah Rammanohar read the story of the birth of Jesus from Saint Luke’s gospel. He was joined at the service by three of the last four School Captains, Norbert Sobolak (2015), Varun Vassanth (2016) and Aashish Khimasia (2018). 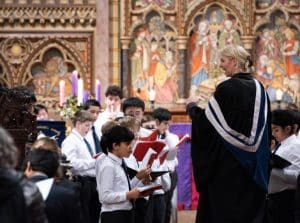 The Mayor of Barnet was represented by ward councillor (and former Mayor) David Longstaff. The Representative Deputy Lieutenant of the London Borough of Barnet, Martin Russell, was also in attendance.

At the conclusion of the service, Drew played again, first performing Widor’s Movement 5 (Toccata) from Symphony for Organ No. 5 in F minor, Op. 42, No.1, and then improvising again on one of the carols, this time Hark the Herald Angels Sing, which the congregation had just sung. Drew has an Organ Scholarship at Jesus College, Cambridge, for next year and is believed to be the first Elizabethan in living memory to have secured such a scholarship.