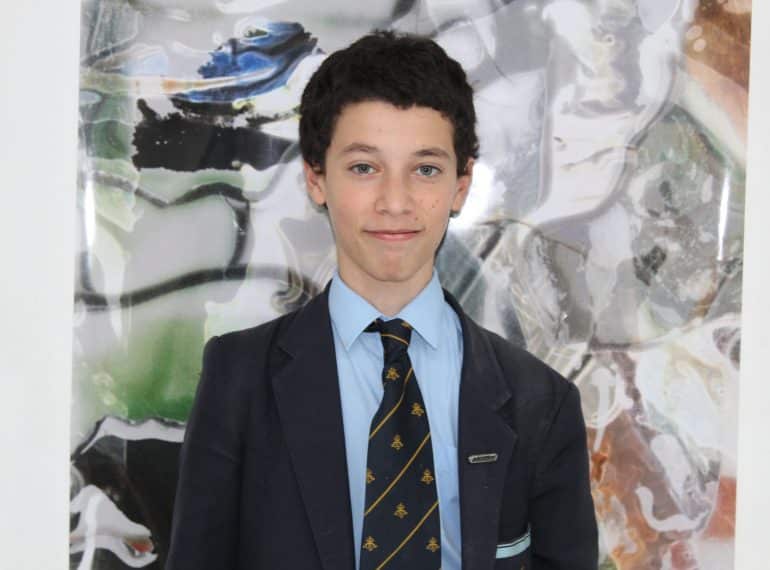 Year 10 pupil Dylan Domb’s dedication to art and to the work of one of the greatest 20th-century British artists won him a prize in an international drawing competition.

After starting a sketch in class towards the end of last term, Dylan completed it at home and duly submitted it to the Henry Moore Drawing Competition run by the Henry Moore Foundation.

The drawing, a pencil sketch of Dylan’s own Moore-inspired sculpture produced at School, took third prize in the secondary-age category of the competition. At 14 (at the time of drawing), Dylan was younger than both the category winner and the runner-up. 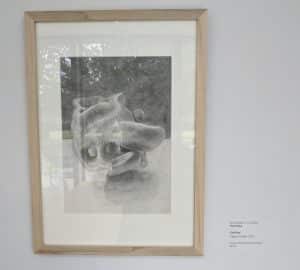 His untitled artwork is on display until 1st November at the Visitor Centre at the Henry Moore Studio and Gardens in the Hertfordshire hamlet of Perry Green.

Art teacher Jillian McAteer said: “Dylan is an incredibly committed student whose attention to detail and refinement of work regularly sets him apart from his peers. He is also quite independent, pursuing ambitious personal projects and extending class work.”

In Year 8, Dylan was part of the annual QE visit to the Henry Moore Foundation. In that year, his class were set the task of producing their own sculptures that ‘responded’ to Moore’s famous large, biomorphic landscape sculptures.

Dylan then based his sketch – started for a drawing exercise set towards the end of Year 9 – on the sculpture he produced.

“Not all were able to finish this before School ended for the summer, but Dylan developed the drawing independently at home. It is a stunning photorealistic drawing; he achieved a very high standard,” said Mrs McAteer.

The drawing competition, which drew almost 500 entries, was organised as part of the Henry Moore Foundation’s 2019 season celebrating the drawing practice of the artist, who died in 1986. He was a prolific and talented draughtsman, producing nearly 7,500 drawings during his career. 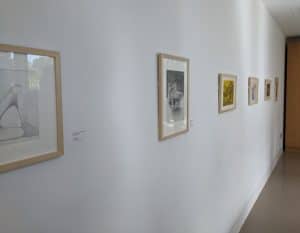 Entries were required to reflect themes in Moore’s art: reclining figure; mother and child; natural forms, or life drawing. They had to be submitted on paper or card, with the majority of the work being drawn, not painted.

The judging panel was led by Foundation’s Head of Collections and Exhibitions, Sebastiano Barassi.

Dylan went to the exhibition opening and took photographs of his work on the wall.