The Association has come to learn of the sad passing of Professor John Macleod (OE 1951-58).

It is with regret that the Association announces the death of Michael Wheelans who passed in September 2019.

It is with regret that the Association announces the death of Denis Molyneux who passed on 16 August 2019.

It is with regret that the Association announces the death of Thomas Adams who passed in October 2018.

It is with regret that the Association announces the death of John Kolbert who passed on 19 July 2019.

It is with regret that the Association announces the death of Mike Woolf who passed on 15 October 2019.

Mike was a stalwart of the OEs, the Rugby Club, the Playing Field Company and so many of the Association’s activities.  A full tribute will follow in the Elizabethan.

It is with regret that the Association announces the death of Roger (R K) Smith who passed on 17 July 2019.

Funeral details will be circulated by email. 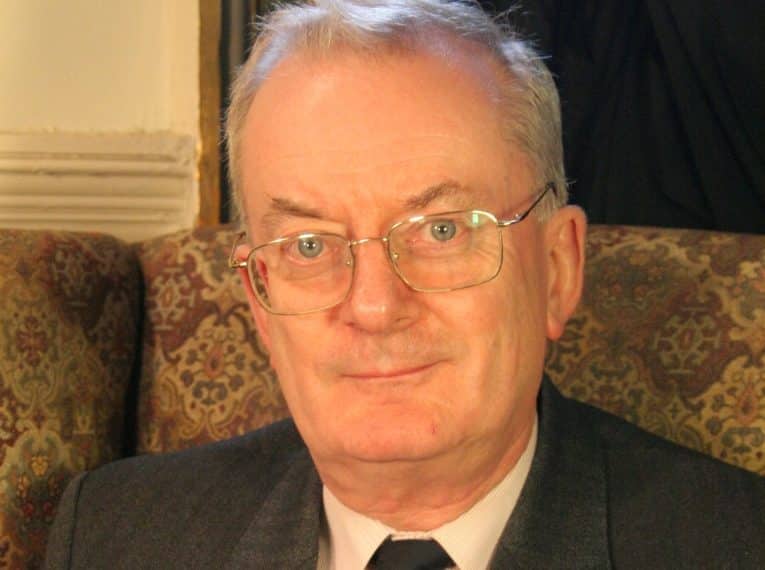 Old Elizabethan Professor P J Rhodes, a leading ancient historian, highlights a QE connection in a new academic tribute to one of the world’s foremost experts on Greek art. 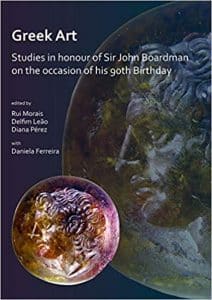 Peter John Rhodes (OE 1951–1959), who is usually cited as P J Rhodes, has penned a chapter entitled Buildings and History in a festschrift published this spring, Greek Art in Motion: Studies in honour of Sir John Boardman on the occasion of his 90th birthday.

In the chapter, Professor Rhodes, who is Honorary Professor and Emeritus Professor of Ancient History at the University of Durham, mentions that one of Sir John’s contemporaries at Chigwell School was J W Finnett. John Finnett went on to become a popular Classics master at QE, teaching Professor Rhodes when he was in the Sixth Form.

“In my 14th year of retirement, I remain reasonably compos et mentis et corporis,” says Professor Rhodes. “I am still academically active — reading, writing, participating in conferences, still doing a little teaching and higher-degree examining; an academically focused tour of Iran in 2000 gave me a taste for travelling to exotic places (all too often visiting them shortly before trouble strikes — but my reputation hasn’t yet led to my being denied entry to any country).”

He has also been inspired recently to look further into the history of Classics teaching at QE. In an article for the Old Elizabethans Association’s magazine, the Elizabethan, he charts the fluctuating fortunes of Latin and Greek at the School across the centuries, as well as recording his own memories of his teachers in these subjects.

He was at QE during the last of E H Jenkins’ three decades as Headmaster and was in the last year of two-form entry (60 boys) before the post-war expansion. The senior Latin master in that era was Percival Timson, who had been at the school since 1935. John Finnett joined QE in 1951, aged 23.

“Timson and Finnett were of different generations and different styles, but they made an effective pair,” Professor Rhodes recalls in the Elizabethan article. “Timson hated music: on one of the few occasions when he unbent, he explained that at Oxford he had done little work in his first year so needed to do a lot before taking Mods in his second, and at that stage found any sounds that might distract him intolerable. Finnett was keen on music, but regarded Mozart as the greatest composer of all time and everybody more recent as inferior to him.”

A particular inspiration was “rumbustious” Rex M Wingfield, who was his first-form master and first Latin teacher: “…I think he bears much of the responsibility for my having become a Classicist.”

Another Classics teacher was Lynton E Whiteley, from Cambridge. “…On arrival in 1953 he projected a fierce image, and though I think he mellowed I was always somewhat afraid of him.”
Professor Rhodes is the eldest of three brothers, of whom the youngest, John Andrew, also went to QE and later became a modern historian at Wadham College, Oxford (to which Prof Rhodes went as an undergraduate).

“At School I was in Underne House (under John Pearce); I was successful in the classroom but not on the games field (honour was eventually satisfied when I acted as scorer for cricket teams: the Second XI for two years and then the First XI for three); I was involved in music (as a pianist), in the Elizabethan Union and with the school’s printing press.”

He took Latin, Greek, Ancient History and History A-levels at QE. “I sailed through A Level and S Level, but it then took me two years in the Seventh Form to catch up with the kind of competitors who had started Latin at seven and Greek at nine and had spent their school time on little else.” [S Level, involving extr 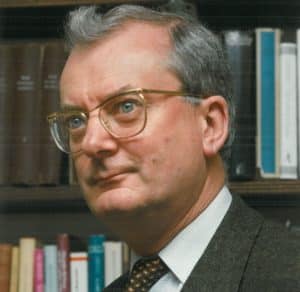 a papers, was for those applying for state scholarships for university, before the later introduction of a universal grant system.]Perseverance, and my parents’ patience, were rewarded, and I did in the end in 1959 achieve the Holy Grail of an Oxford Scholarship in Classics.”

At Oxford, he was a prize-winning undergraduate at Wadham. “As it happens, Finnett later went to Wadham too…as a visiting Schoolmaster Fellow. Sadly, in 1971 he died of cancer, aged only 43.”

Professor Rhodes was awarded a double first-class degree from Oxford. “I continued as a [cricket] scorer in my first year but not thereafter, did not pursue a career in the Union Society, but was involved in music (singing tenor, and, in the absence of better players, acting as a not very good organist).”

He went to Durham as a young lecturer in Classics in 1965 and rose to become, firstly, a senior lecturer, and then, in 1983, Professor of Ancient History there. He retired in 2005 and still lives in Durham.

During his career, he has published extensively on the Classical Greek world; his works span the decades, from The Athenian Boule, published in 1972, to a forthcoming edition of Herodotus, Histories, V. 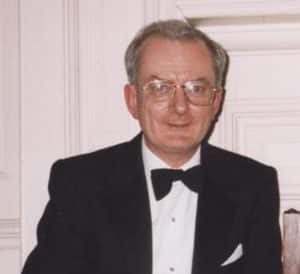 “In Durham I continued with choral singing for many years, and again in the occasional absence of better players, as a not very good organist, and for a few years I was involved with a printing press; I have also been an active member (including two stints as secretary) of the Senior Common Room of University College.”

In the mid-2000s, soon after his retirement, the then-Headmaster, Dr John Marincowitz, told him on a visit to the School that he hoped to reintroduce Latin soon. Professor Rhodes has been heartened to learn not only that this was subsequently done – it is now a curriculum subject – but that Greek is today also available as an extra-curricular subject.