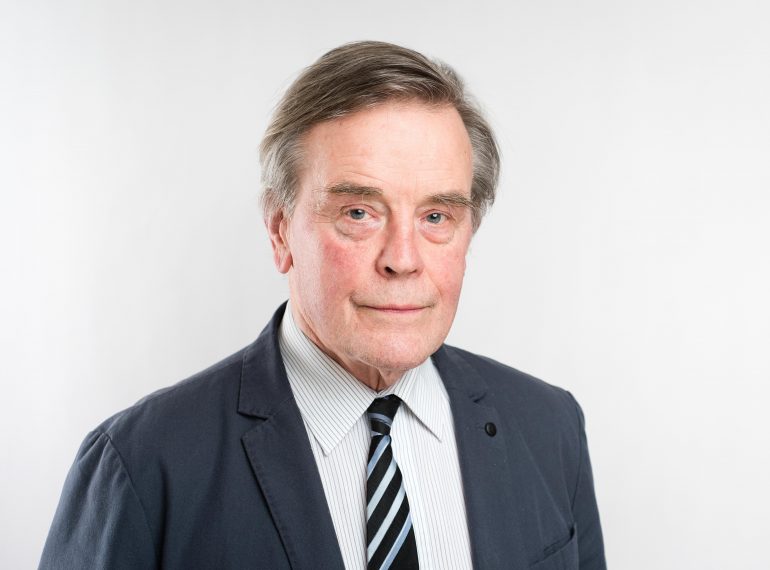 David Farrer, MA QC, who is a Foundation Governor, is both an Old Elizabethan and a former teacher at Queen Elizabeth’s School.

A pupil at QE from 1954–1961, he was awarded an Open Scholarship to Downing College, Cambridge, where he read Part I in Modern Languages, Part II in Law and gained a post-graduate LLB in Public and Private International Law.

He taught Modern Languages at the School from 1965–1967 and was then called to the Bar.

“I practised as a barrister from 1968–2014, taking silk [becoming a Queen’s Counsel, or QC] in 1986. As a junior, I had a wide-ranging practice. In silk, I practised almost entirely in crime, moving over the years from murder etc. to financial crime, fraud, money-laundering and financial regulatory work.”

Mr Farrer was a Crown Court Recorder from 1983–2015 and a part-time Tribunal Judge, sitting in the First Tier and Upper Tribunals on information rights and data protection from 2004–2018

His involvement with the School includes a period from around 1985 to 1990 when he served as Headmaster Eamonn Harris’s pro bono legal advisor. He has been a Governor since 2013.

Mr Farrer is married with three children and five grandchildren.