From the founding fathers of Economics through feudalism to £50 notes, Ayushman’s essay covers a lot of ground

Academic enrichment > News & Events > News > From the founding fathers of Economics through feudalism to £50 notes, Ayushman’s essay covers a lot of ground 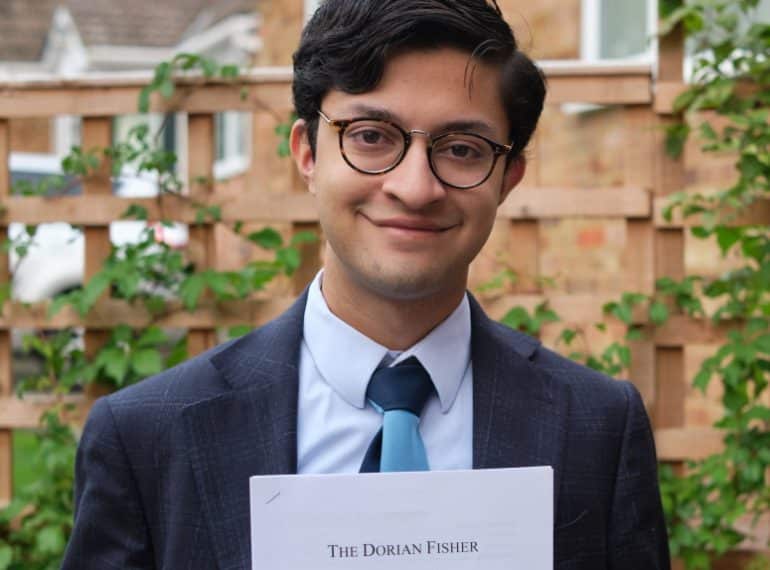 A Year 13 pupil has been named runner–up in a highly regarded international Economics competition, beating off other participants from around the globe.

Ayushman Mukherjee ranged widely in his entry to the Institute of Economic Affairs (IEA) competition, drawing on experts and episodes from across the centuries to reinforce his contentions.

His arguments, which even included suggestions for improvements to the A-level Economics syllabus, found favour with the judges as they evaluated entries from sixth-formers around the world. Ayushman was in Year 12 when he submitted his entry.

A record-breaking total of more than a thousand students from Hungary to India took part in the competition to win the Dorian Fisher Memorial Prize. The prize is named after the wife of Sir Antony Fisher, the founder of the IEA. Sir Antony was also a co-founder of the Fraser Institute, the Manhattan Institute, the Pacific Research Institute, the National Center for Policy Analysis, the Centre for Independent Studies, and the Adam Smith Institute.

This is Ayushman’s second major success in an IEA competition this year: in the spring, he was part of a QE Year 12 team which took second place in the institute’s Budget Challenge event.

QE’s Head of Economics Shamendra Uduwawala said: “We congratulate Ayushman on his achievement. His essays have demonstrated his thorough grasp of economic principles and history, and it is underpinned by the additional research he undertook. He should be very proud of himself.”

All contestants were offered a choice of essay titles in the competition. Ayushman, who is looking to read Economics at Cambridge and is the current House Captain for Leicester House at QE, had to produce three pieces of writing: firstly, there was a 1,200-word essay, for which he chose the title, What exactly is economic growth and why do some parts of the world grow more rapidly than others? He began this by citing one of the “founding fathers of Economics, Alfred Marshall who famously advised, ‘Every short statement about Economics is misleading.’”

Secondly, he wrote a 500-word article on What does the concept of rationality mean in economics – in which, inter alia,  he explored the question of whether it could ever be rational to burn a £50 note – and, thirdly, he penned another 500–word essay entitled Identify an area of economics that you think should be given more attention in the A-Level or IB syllabus and say why this is so.

Ayushman said: “My entry explored the determinants of economic growth, the nature of rationality, and the role of economic history in the classroom.

“Initially, I was somewhat bewildered by the 500-world limit – it really isn’t a lot to work with! But I felt as if I managed to get a concise and polished message across. I tried quite hard to make it accessible to the average person, not just to academics. I believe this resonated with the judges.”

In the three pieces, he explored the roles of institutions in economic development (looking at the aftermaths of two important events in English history, the 1381 Peasants’ Revolt and the 1688 Glorious Revolution), economic growth after civil wars, and the role of ideas and innovation. He also looked at the intricacies of economic rationality, and at the drawbacks of a “homo economicus” (that is, an individual with an infinite ability to make purely rational decisions).

Finally, he articulated the need, in his opinion, for a rigorous education in economic history to be included in the A-level syllabus, suggesting it would better to explain the models that are currently taken for granted in economic education and to portray them as less infallible.

Ayushman, who received a £250 prize, added: “This year’s competition was particularly fierce, so I’m grateful to have seen my effort pay off. I explored some really fascinating topics, which I think is going to be a great head start for university.”

He was particularly surprised at the “great” reception he has received since the result of the competition were announced. “I’ve had people messaging me to ask about certain topics I’d mentioned – like certain periods in economic history, or recommendations for wider reading in that particular subject. It’s a really great feeling.”