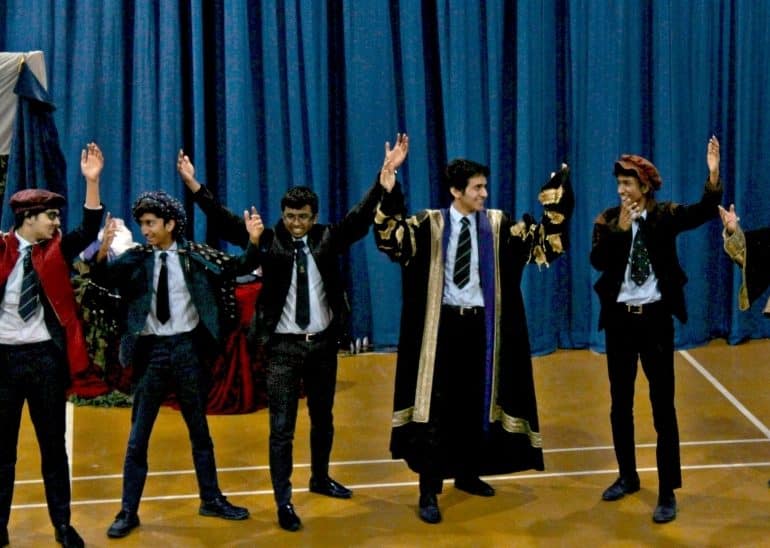 Actions speak louder than mere words on a page – as a theatre group proved when they visited QE to perform two plays from the GCSE English syllabus and lead workshops on them. 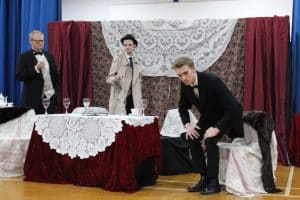 The company, Say Two Productions, performed Romeo and Juliet for Year 11, before putting on J B Priestley’s early 20th-century classic, An Inspector Calls, for the whole of Year 10.

In each case they first set the context of the play, then performed it using the respective playwright’s original language.

Head of English Robert Hyland said: “The workshops served as revision sessions, with these plays being key course texts. Our visitors’ fun and engaging delivery refreshed minds about both the plot and the key issues of the plays.”

Say Two Productions design a bespoke experience based on the School’s requirements. 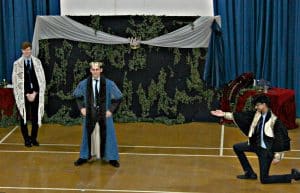 After performing Romeo and Juliet themselves, they engaged the boys in some acting, getting them involved in the action, characterisation and themes of the play. Shakespeare set Romeo and Juliet in northern Italy, and mainly the city of Verona, during the Renaissance.

Following the performance of An Inspector Calls, Say Two Productions conducted a ‘hot-seat’ question-&-answer session – that is, answering the boys’ questions whilst still in character. This helped the boys understand the viewpoint and motivations of the different characters in the three-act play, which was first performed in 1945, but is set in 1912 in Brumley, a fictional English manufacturing town.

At the heart of An Inspector Calls is Priestley’s exposure of the hypocrisies of Edwardian English society and his highlighting of class injustice. Shakespeare’s tragedy centres on two young “star-cross’d lovers” whose deaths ultimately reconcile their feuding families.

“With Shakespeare, sometimes seeing and hearing the text delivered helps to contextualise it and highlight how relevant the play remains thematically today. It was a good opportunity for some of the boys to immerse themselves in the play by participating in the action,” Mr Hyland added.