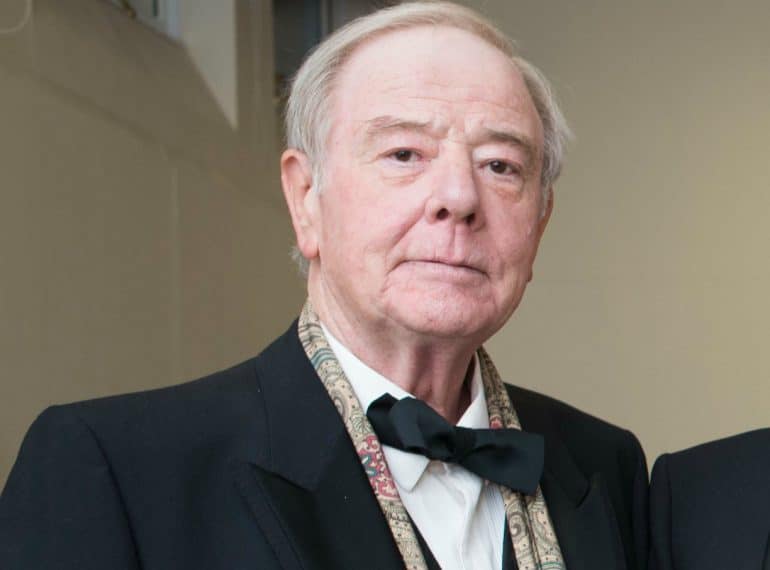 Former Headmaster Eamonn Harris, who is widely credited with saving Queen Elizabeth’s from closure and then overseeing its transformation into a successful grammar school, has died. He was 76 and had been unwell for some time.

At the start of his headship in 1984, he inherited an underfunded comprehensive school with falling rolls, poor academic results and demoralised staff. Over the next 15 years, he set about introducing change into almost every aspect of School life, often in the face of fierce political opposition. 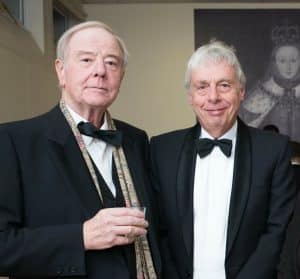 By the time he retired in 1999, QE had become one of the finest state grammar schools in the country, providing a platform from which his successors were able to take the School to the position of pre-eminence it enjoys today.

Current Headmaster Neil Enright said: “I am sorry to have to report the very sad news that Eamonn Harris passed away yesterday afternoon. Our thoughts, and those of the Elizabethan community, are with his wife, Pat, and family.

“It is no overstatement to say that without Eamonn’s unwavering commitment and redoubtable leadership, the School may have ceased to exist and would certainly not have flourished in the way that it has since.

“His tenure was characterised by the bold decisions and high expectations which are the foundations of the School’s present success. Generations of boys, parents and staff owe him an inestimable debt of gratitude.”

Mr Harris was appointed in October 1983, having taught for ten years at a tough school in Croydon and then at Samuel Whitbread Community College in Bedfordshire, where he was deputy head.

It was only after his appointment – but before he took up his post in January 1984 – that he learned that the local authority had scheduled QE for closure in two years’ time.

The School at the time was badly undersubscribed, with a mere handful of parents actually requesting it as their first choice. In September 1984, only 133 places out of the 180 available were filled. Not only were academic results poor, with few boys going on to good universities, but behaviour also left a great deal to be desired, and QE pupils had acquired a reputation in Barnet town centre for being rowdy and noisy. 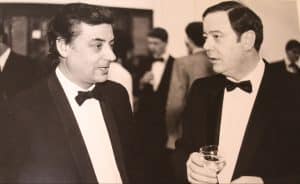 He set to work with his customary energy, and the transformation quickly began, with one of his first measures being to ensure boys stayed on site at lunchtime while the behavioural issues were tackled.

Within just two years, the School was effectively oversubscribed, as, in September 1986, the number of successful parental appeals against refused places meant that the intake exceeded the School’s official roll.

One major challenge that quickly emerged was the state of the School’s finances. The School was not getting its fair share of the Local Education Authority’s budget.

Mr Harris therefore pressed hard to take advantage of the new freedom schools were given in 1988 by the Conservative government to opt out of LEA control and become Grant-Maintained Schools, funded directly by a grant from central government. It was a controversial move, opposed by the local Conservative-run council.

Mr Harris, however, was tenacious and the School achieved Grant-Maintained status in 1989. He explained why to his successor as Headmaster, John Marincowitz, in an interview conducted in 2015 as part of Dr Marincowitz’s research for a forthcoming history of the School. “I believed that I was responsible for my patch, my school, and to do all I could to make it a successful place. If all heads did the same schools would improve and standards rise.” 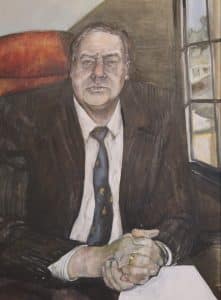 Mr Harris took a holistic approach to the transformation of the School, combining vision and drive with clarity of thought, a willingness to try new ideas and considerable attention to detail. While there was certainly a focus on teaching and monitoring of performance, ostensibly smaller matters were not neglected, either: uniform policy was, for example, properly enforced, and the School campus was better maintained, with shrubs and flowers planted.

The result was a cultural sea-change, with staff re-energised and motivated, and expectations raised. It was Mr Harris who reformulated the School’s mission: “to produce boys who are confident , able and responsible”.

Professional standards were introduced into areas such as staff development, IT and finance: the School acquired Investors in People status in 1996, while in 1998 QE was named Supreme Winner of the National Training Awards.

In the early 1990s, taking advantage of another new freedom for schools, he drove the process which led to the Secretary of State granting the Governors’ petition to allow the School to apply a fully selective admissions policy once again in September 1994, thus reversing the move to comprehensive status some three decades earlier. 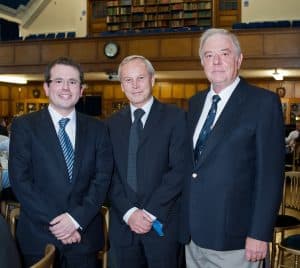 Following an Ofsted inspection in 1995, the Education Secretary, Gillian Shepherd, wrote to Mr Harris informing him that the inspectors had found QE to be “an outstandingly successful secondary school”.

The Friends of Queen Elizabeth’s (FQE), which had remained loyal during the School’s decline, was reinvigorated, and fundraising reached hitherto unseen heights in the last years of his headship. Without recourse to either local or central government funding, an amount of nearly £3 million was spent on new buildings – a Sixth Form block (the Heard Building), five Science laboratories and a Music block.

By the time he retired in 1999, after suffering ill-health following a bout of pneumonia, the School had in very large measure been transformed, with examination results strongly in the ascendant and the School’s reputation fully restored.

At his retirement, a Governors’ tribute penned by Dr Marincowitz said this of Mr Harris: “He inherited a school which was struggling to fill 150 places. He leaves his School one of the most sought-after and outstanding boys’ schools in the country. It is so because of his leadership, courage and commitment.”