Learning more from a master 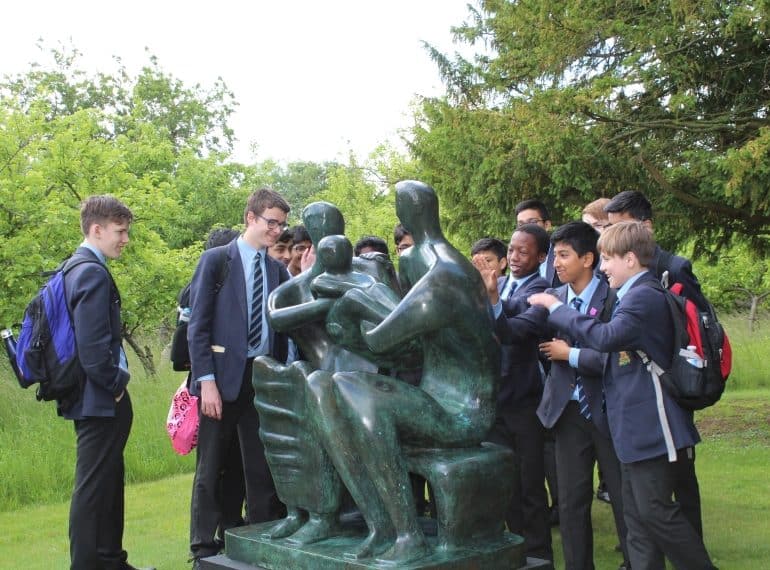 Year 8 boys had the chance to see another side of the work of modernist artist Henry Moore on a trip to his former studio and gardens. 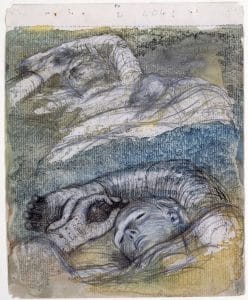 Not only did the Art trip give the pupils an opportunity to experience his spectacular outdoor sculptures in the beautiful grounds near Much Hadham, but they were also able to see the largest exhibition of his drawings in more than 40 years.

Art teacher Jillian McAteer said: “It was a unique opportunity for the boys not only to experience his ambitious sculptures, but also to closely examine the drawings that underpinned the practice of one of the most influential modernist British artists.”

Yorkshireman Henry Moore (1898–1986) settled in the Hertfordshire hamlet of Perry Green during the Second World War; it remained his home and workplace for the rest of his life. The Henry Moore Foundation Studios and Gardens showcase his sculptures in woodlands and gardens originally created there by Moore’s wife, Irina. 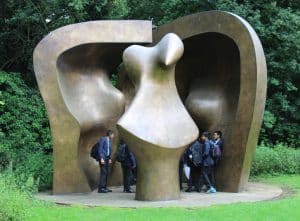 “The foundation displays a fantastic collection of his sculptural work. The students were taken on a tour of the grounds by informative guides who described the inspiration and construction behind these iconic pieces,” said Mrs McAteer.

She added that the boys had been learning in class about biomorphism – art with an organic appearance or form – through clay sculpture, ink and drawing. “The grand organic shapes in Moore’s work are a fantastic example of where this artistic exploration might lead.”

One of the Year 8 boys, Sai Sivakumar, said the visit had given him clear insight into Moore’s creative processes, including his “every thought, inspiration and action”. Sai added: “Some of the many things we learned at the foundation included how to use different materials in Art, such as plaster, how to draw inspiration from real life, and the importance of practice.” 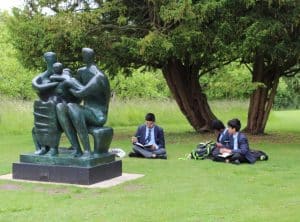 The trip began with a tour of Moore’s larger sculptures, before the group ventured inside his numerous workshops to look at his smaller, finer work. Here, said Sai, they picked up tips for improving their own sculpting, such as incorporating the appearance of bones and using textures inspired by nature, such as bark.

Next, the boys visited the current exhibition, entitled Henry Moore Drawings: The Art of Seeing. “We could see his style and skill evolving over time as he learned more and more.” The exhibition runs until 27th October this year.

After lunch, the boys drew their own pieces, taking from everything they had learned there to create a Henry Moore-style drawing.