Mansimar’s winning prescription for economic progress in an independent UK 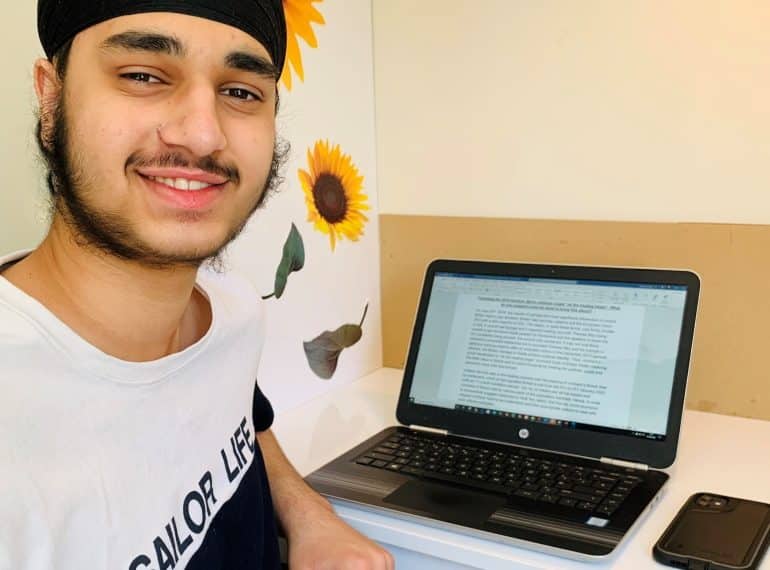 Sixth-former Mansimar Singh has won a national essay competition with his plea for the UK Government to do more to make Britain economically stronger in a post-Brexit world.

Mansimar’s entry took the top prize in the first-ever essay competition for schools to be run by TEAMGlobal, an independent educational foundation.

Entrants had to write a maximum of 1,500 words on the question: ‘Following the 2019 election, Boris Johnson urged “let the healing begin”. What do you suggest could be done to bring this about?’

He was inspired to enter by his interest in politics: “More specifically, I was interested in researching what an independent Britain would be like for myself and other young people and Boris Johnson’s plan for Britain after Brexit.”

Head of History & Politics Helen MacGregor said: “We have been encouraging our pupils not only to continue their curricular studies through the lockdown, but also to maintain their academic interests beyond the curriculum. Mansimar’s essay is an excellent example of this, and his success is richly deserved.”

In his 1,463-word composition, he cited sources including the House of Commons Library, the Office for National Statistics and the Financial Times.

Through his research, he says he developed “a greater understanding about how each industry in the UK has been uniquely impacted by Brexit, and the various complexities involved in revitalising and preparing them for operation in an independent Britain”.

TEAMGlobal – The European Atlantic Movement – is a charity that aims to enable young people to act as global citizens, empowering them to consider world issues and to play their part in resolving problems and promoting solutions.

The competition was open to all Year 12 students. Mansimar’s £200 cash prize and a certificate are being sent to the School so they can be presented to him once the School reopens to more pupils. The prize also includes an invitation to a future TEAMGlobal Members’ Day, including tea at the House of Lords.

“My analysis of this research and my own opinions ultimately formulated my response to the essay,” Mansimar said. His main contentions were that:

All of this, he concluded, would “act as an engine that will fuel future economic growth in an independent Britain, but, crucially, the benefits of future economic progress will be more evenly spread and will help previously struggling communities to thrive”.