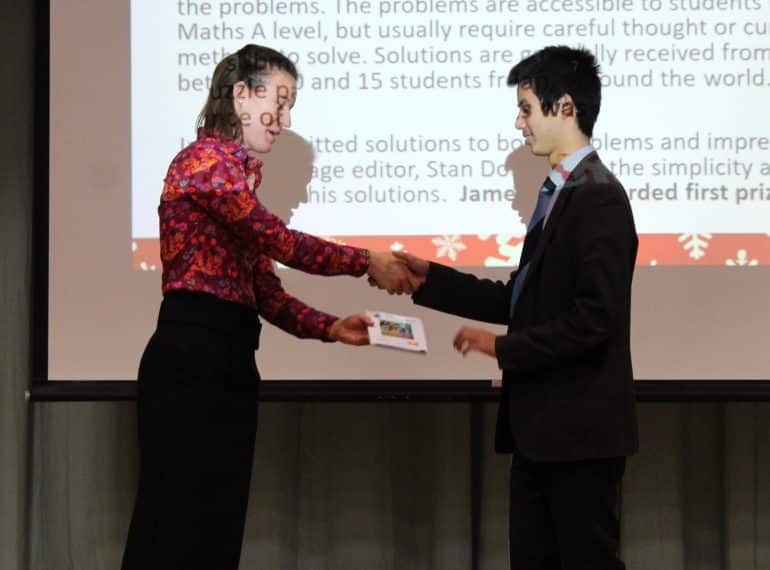 Sixth-former James Tan has become the first QE pupil for many years – and possibly ever – to win a prize from the prestigious Mathematical Association.

Further Mathematics AS-level student James, of Year 12, submitted solutions to both of the Student Problems published in the summer issue of the association’s journal, The Mathematical Gazette, and has now heard that he was won first prize.

Congratulating James, Mathematics teacher Phillip Brady said: “Nobody in the Mathematics department can remember any boy here winning this prize before, so James has broken new ground for QE with this achievement.

“The problems are designed to be accessible to students taking Maths A-level, but solving them usually requires careful thought or cunning methods!”

Established in 1871, the MA is the oldest subject association in the UK. Its journal, which is published three times a year, has a readership that includes teachers and college and university lecturers worldwide.

Entries to the problems come in from bright young mathematicians around the world. A first prize of £25 and second prize of £20 are awarded for the best solutions to the Student Problems; entrants can submit solutions to both of them or just to one.

James heard from puzzle page editor Stan Dolan, who is the author of several books aimed at A-level students, that he had won the first prize.

The letter from Mr Dolan, a Fellow of the Institute of Mathematics and its Applications (FIMA), states: “The most elegant and simplest answer was given by James. Th 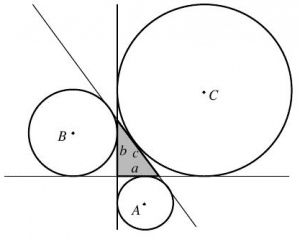 e solutions […] were especially good in terms of clarity and a well-expressed generalisation.”

Here is one of the questions James tackled: If a 5-digit number is a multiple of 271 then so are all numbers given by cyclic permutations of the digits of the number. Explain this property and generalise the result.

The second question involved giving the area of a hypotenuse triangle that was surrounded by three circles of varying sizes.