More by judgment than luck: boys try their hand at making money on the markets

Academic enrichment > News & Events > News > More by judgment than luck: boys try their hand at making money on the markets 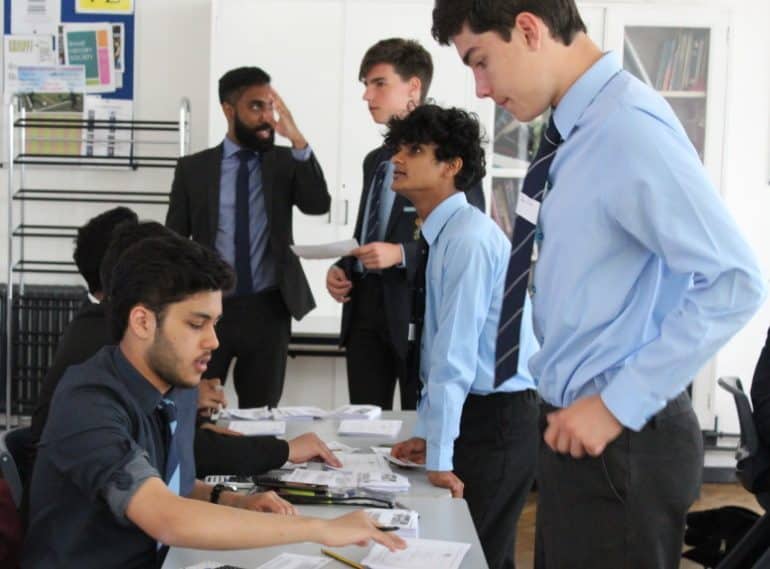 Budding traders had the chance to try their hand at playing the markets in a special challenge run by the Economics department.

Around 155 boys studying Economics in Year 11 enjoyed a morning trying to increase their £15,000 starting fund by trading in shares and foreign exchange as part of an Economics enrichment day.

After lunch, they gained insights into the role of the Bank of England given by a visiting speaker from the bank. 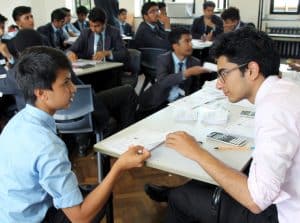 Economics teacher Krishna Shah said: “This was a great alternative to normal Economics lessons, and the boys appreciated getting away from ‘boring’ essay-writing! The morning gave them an opportunity to experience the pressure of a real trading floor and apply their understanding of supply and demand to a real-life situation. Not only did they gain an insight into the atmosphere of a real trading floor, but they also developed skills such as teamwork, analytical thinking, leadership, decision-making and risk management.

“In the afternoon, as well as learning about careers with the Bank of England, our economists also received an introduction to monetary policy, which is useful as they enter Year 11.”

The event was run over two days, with half the boys attending on each day. The first group heard from Anu Ralhan, who is a Senior Actuary with the bank’s Prudential Regulation Authority. On the following day, it was Marisa Camastral, who is an analyst in the bank’s Monetary Analysis Directorate.

For the trading floor simulation – dubbed the ‘stock market challenge’ – the teams were tasked with maximising the value of their fund in sterling, US dollars and shares after starting with a notional £15,000. 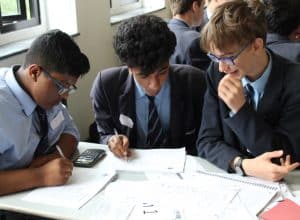 The boys could buy and sell shares in nine companies and also buy the dollar. They had to make decisions about which companies would increase in market value and which would lose out, based on media reports from newspaper, radio and TV briefings.

“Most teams increased on their initial £15,000 significantly,” said Mrs Shah. “They all had to take risks on which stocks to invest in, and some were more successful than others. Luck played a part, but they also needed to be quick-acting and to communicate well as a team, so that they made sound investment decisions.”

The afternoon speaker offered the boys the chance to win £500 by taking part in a quiz after his talk. But this ‘promise’ wasn’t quite as solid as the Bank of England’s famous promise on banknotes ‘to pay the bearer on demand’: the £500 actually comprised old, shredded £20 notes – as the boys found out only at the end!