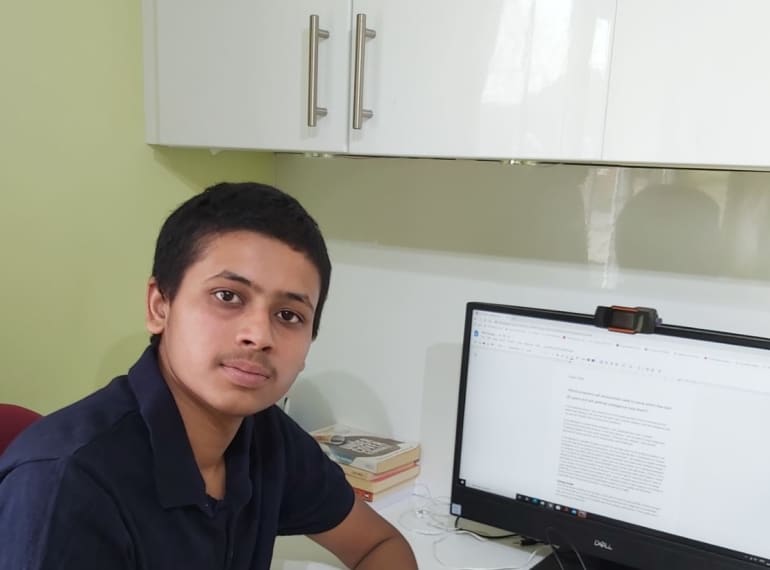 Year 12’s Sunay Challa was one of the first-prize winners in a prestigious competition for his exploration of how artificial intelligence could help economists solve some of the most pressing problems facing the world over the next 20 years. 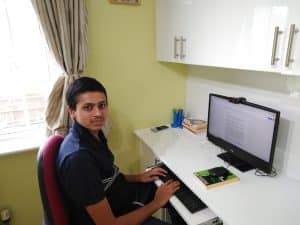 His 1,500-word composition won him the Economics section – and a £1,000 prize – in the annual New College of the Humanities Essay Competition.

After his entry reached a shortlist of 350 from the initial 5,000 entries, Sunay was invited to a virtual awards ceremony, where he learned that he had secured the top prize. The judges praised his essay for its holistic approach and for his examination of the specific ways in which AI could benefit economists.

Congratulating him on his success, QE’s Head of Economics Shamendra Uduwawala said: “In a thought-provoking and insightful essay, Sunay identified a good sample of significant global problems and then set out exactly how AI might be able to help solve them, setting out both the capabilities and the limitations of this technology.”

The question for the Economics category entered by Sunay was: Which problems will economists need to solve within the next 20 years and will artificial intelligence help them?

Sunay said: “I began my essay by considering the concept of Artificial Intelligence and the tools it can offer to economists and then then went on to look at the most significant future socio-political and environmental issues economists will be forced to deal with.”

Paying particular attention to how “data-fuelled modelling and solutions” could be used to improve existing systems, Sunay focused on five topics:

He included specific examples of the way AI is already being successfully used, mentioning, for example, a software program which identifies and tracks individual giraffes in Kenya by their unique coat patterns and ear outlines. An immense task, involving some 100,000 animals, it would be impossible for humans to undertake effectively without technological help. Yet, he wrote, the use of artificial intelligence had transformed the conservation effort: “A computer’s speed and ease of tracking means the giraffes are more effectively protected, with the giraffe population falling by 40% pre-AI and only 2% after its implementation.”

In the field of healthcare, Sunay wrote: “Although AI cannot find cures, it can definitely speed up their discovery by finding correlations in huge data sets, and this may prove critical in saving countless lives.”

In his conclusion, Sunay noted that “…we can see that wherever it is applied, AI brings to the table the unrivalled ability to parse through huge volumes of data in record time, and in turn save money and increase efficiency…While it may not be able to solve problems like humans, AI brings unmatched advantages to any task and as such will prove hugely beneficial in trying to solve economic problems.”

As well as the £1,000 prize money, Sunay wins an award that will be presented to him at a ceremony for which, because of the pandemic, no date has yet been set.