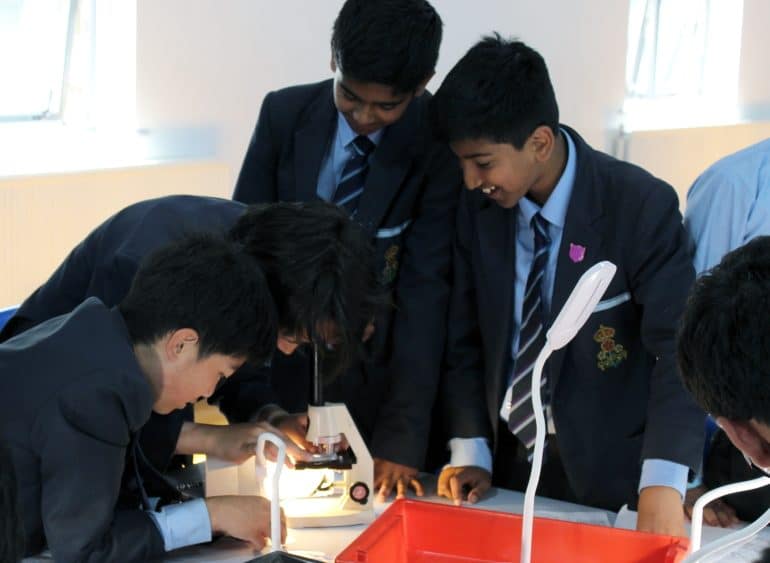 Year 8 boys battled it out in their Houses to solve the mock murder of one of their teachers. 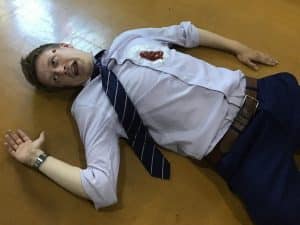 After the gruesome discovery of Extra-curricular Enrichment Tutor Keith Bugler’s lifeless body, House teams spent a morning of QE’s Enrichment Week combing through clues in a range of activities that involved skills drawn from across the curriculum.

During the afternoon, each team presented a mock trial to make their case, stating which of the teacher suspects they believed was the guilty party.

The winning team was Broughton, with Leicester House the runners-up. 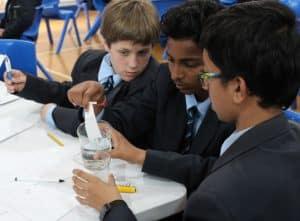 d of Extra-curricular Enrichment Rebecca Grundy, who is a Languages teacher, had organised the day jointly with Dr Bugler, who was a Chemistry teacher before his untimely demise.

“The boys quickly turned detective and were soon hard at work solving clues, before bringing all their evidence together for the trial that was held after lunch.

“It was an absorbing day, and my congratulations go to the winning team,” said Miss Grundy.