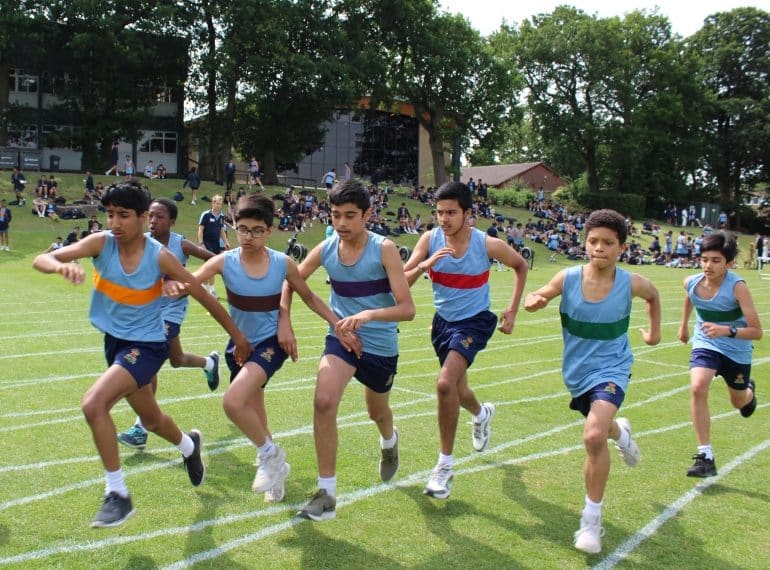 Sports Day 2019 saw boys competing and having fun together, while producing impressive performances in disciplines ranging from hurdles and javelin to rowing and Eton fives. 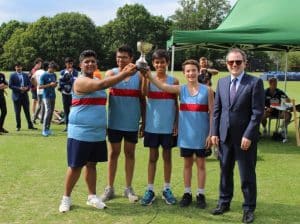 More than 730 boys from Years 7–10 took part during the day and, with athletics alone accounting for 53 separate events, some 70 staff were drafted in from all departments to help meet one of the most complex organisational challenges of the School year.

At the conclusion of a day of intense but friendly inter-House competition in good weather, Headmaster Neil Enright presented the much-coveted Sports Day cup to Broughton, narrow winners on 600 points ahead of Underne on 590.

QE’s Head of Rugby James Clarke (OE 1999–2004), who organised the day, said: “It was great to have so many pupils competing and I am grateful to my colleagues for making it all possible. My congratulations go b 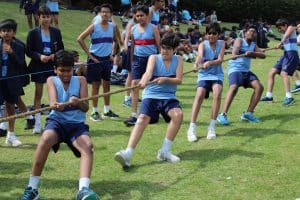 oth to Broughton House on their overall victory and to the very many boys from all Houses who performed strongly and, in many cases, achieved personal bests.”

Competitions continued through the morning, with the action varying from the short intensity of 80m hurdles and 100m sprints to the endurance required for the rowing, in which the Houses 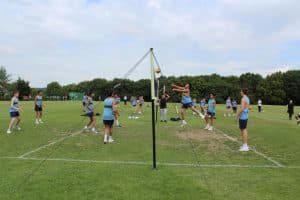 were allocated two-hour sessions comprising 10-minute stints for each boy.

The afternoon brought the Eton fives and volleyball competitions, as well as the conclusion of the rowing, while the track events continued, culminating in the four 4 x 100m relays for Years 7–10, the all-years 4 x 400m relay and, last of all, the traditional QE Mile.
This event, a 16 x 100m relay pitting boys against staff, was won this year by the staff: “A great win!” added Mr Clarke.

Throughout the day, staff fulfilled roles including timekeeping, race-starting, judging, commentary and photography, as well as general supervision. 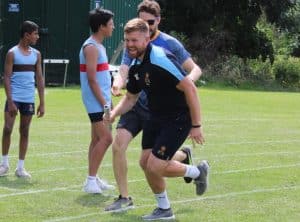 The final presentations revealed the six Houses’ overall points tally for the day, as follows: