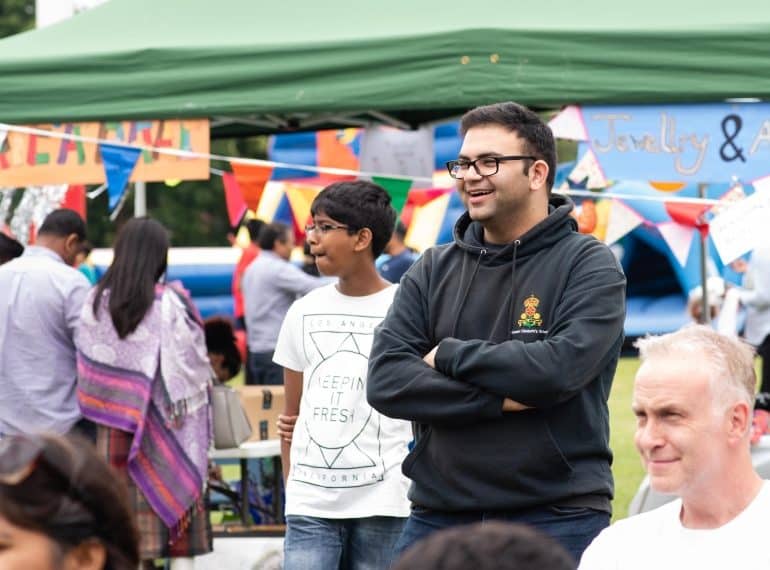 Civil engineer Karan Dewnani is relishing being part of one of Europe’s most high-profile projects, while also making time to contribute to society both through his career and through sport. 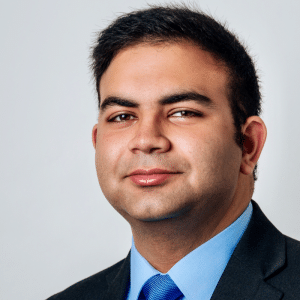 Karan (OE 2006–2013) first began working in the rail industry on internships while taking a Civil and Structural Engineering Master’s degree at Sheffield, which he completed in 2017. He works for the American civil engineering giant, Jacobs.

A project manager on the High Speed 2 railway, he says: “I have received great exposure to all the disciplines that are required to deliver the construction of a state-of-the-art railway. I look forward to seeing the day when the first passenger trains run between Euston and the West Midlands.”

His prior projects included a range of tube upgrades for Transport for London: “These have already been installed on the District line, improving the frequency of the service.

“In the medium term, I am working towards achieving Chartered Engineer status and Membership of the Institution of Civil Engineers (ICE). This is a process that has required me to demonstrate my competence as a civil engineer and is achieved by writing progress reports and having a professional career review day, typically achieved around five years after graduation.”

Karan gave early notice of his engineering prowess, winning the ICE QUEST Award in 2013, while in his final year at QE.

“I have fond memories of my time at QE and made some great friends in the seven years. I particularly enjoyed my time in the Sixth Form. I’m sure other alumni will say this too, but you realise how far ahead QE is, in terms of developing students into well-rounded and intelligent individuals, once you go to uni and compare your school life with other students.” 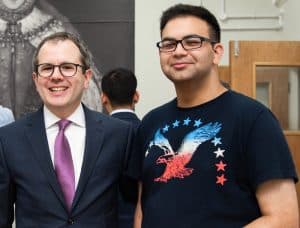 Karan tries to stay in touch both with the School and with fellow alumni. Last year, he gave a talk to current pupils; he recently attended Founder’s Day and the QE Careers Convention, and he is looking forward to the new University Mock Interview Evening later in the year. “Such events provide a great opportunity to meet old friends and network.”

Other volunteering activities include his work as a STEM [Science, Technology, Engineering and Mathematics] Ambassador through the national, Government-backed scheme. “I take part in some events encouraging younger students to take up STEM activities and careers – most recently, at this month’s open day at the London Transport Museum aimed at primary school children, taking questions about jobs and careers in transportation and engineering.”

He remains a keen graduate member of the ICE and has been in touch with the School recently about the possibility of pupils participating in the #ICanEngineer competition run by ICE’s London region, which is sponsored by his employer, Jacobs, and is this year themed around the creation of new flood defences for the capital.

“In my spare time, I play tag rugby,” he adds. “This started off as a corporate league and I have continued to play with work colleagues for over a year.” He also works for the organisation, Try Tag Rugby, as a referee in its Hyde Park leagues. “I’d like to think that playing rugby in QE helped massively in me taking this up as sport, which is upcoming in the UK.”