Picture this! Hard work and a hunt for shark teeth 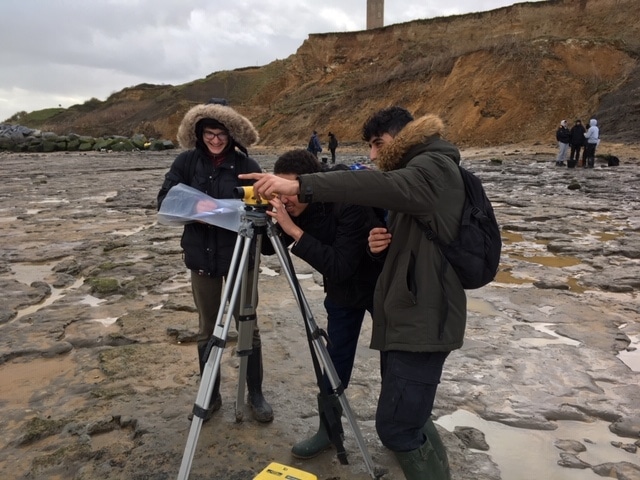 Year 12 geographers on a field trip to Suffolk and Essex tested out in real life the theories they had learned in the classroom – while staying in a field centre that forms one of the most famous scenes in world art. 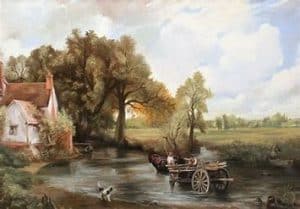 Despite freezing temperatures outside, the boys completed their fieldwork successfully during their stay at the historic Flatford Mill Studies Centre (FSC) at East Bergholt, Suffolk, on the River Stour, last month.

A cottage in the grounds of the mill features in John Constable’s iconic painting, The Hay Wain, which shows a farm cart crossing the river.

Deputy Head Anne Macdonald said: “I am really proud of them; they behaved impeccably and were a credit to the School. They were complimented on their positive attitudes, excellent work ethic and manners by the FSC staff and teachers from other visiting schools.” 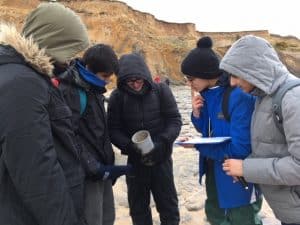 An outing to the coastal town of Walton-on-the-Naze across the river in Essex enabled the boys to look at the different social, economic and environmental thinking behind the variety of coastal management approaches.

They also saw how coastal management affects the processes and landforms, as well as the impact of coastal erosion and mass movement on a rapidly retreating coastline.

“It was a hugely successful trip to a beautiful stretch of coastline,” added Mrs Macdonald.

“This is a very hard-working group of students who not only enjoyed the fieldwork day, but particularly the hunt for fossilised shark teeth on the beaches!” 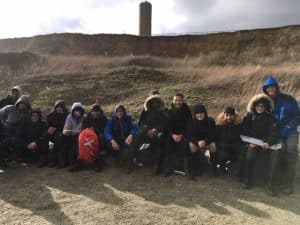 The fieldwork completed by the boys is examined as part of the AS examination.

They were also able to acquire techniques and skills to support the completion of independent fieldwork for the non-examined assessment that they will take in Year 13.

Several fieldwork techniques were used in different exercises – cost-benefit analysis, an environmental impact assessment, beach profiles, and infiltration rate and sediment studies. Graphical, cartographic and statistical tests that had been covered in the classroom were also revised.