Two Old Elizabethan friends have teamed up for the annual charity ‘jailbreak’ run by the Oxford University Student Union.

Conor Mellon (OE 2010-2017) and Rohan Radia (also 2010-2017) will be heading out of Oxford on 9th March and will then have 36 hours to get as far away from the city as they can without spending any money. Their purpose is to raise as much money as possible for the RAG (Raise and Give) charities. 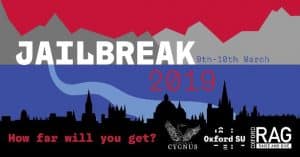 On their fundraising page, the pair state: “We will be hitchhiking, charming, and busking (?!) our way on to boats, trains and planes in our effort to beat the other teams and escape from Oxford! Rohan will use his excellent interpersonal skills and awkward humour along the way and Conor will contribute rusty French, rudimentary German, and a healthy dose of positivity. We have never attempted anything like this before and are excited to give it a crack.”

Last year’s competitors reached such far-flung destinations as Sweden, Turkey and even Malaysia.
Jailbreak is one of the biggest fundraisers for the student union’s adopted charities. These currently include:

“Ultimately we’re doing this to raise money for the fantastic charities that RAG supports,” the pair state. “100% of donations go to these charities…so please help them by donating! Thanks.”

Conor, who went to Lincoln College to read History and German, has been working for the university’s History 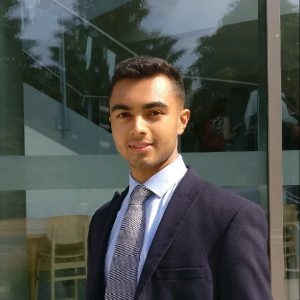 Society this term and has invited young historians from QE along to hear outspoken historian David Starkey deliver a talk in March.

Rohan, who went to Oxford to study History and Economics at Somerville College, last year co-led a team of five students working to help the university’s Careers Service establish compliance with recycling policy.

In the previous academic year, Rohan had served on The Oxford Union’s Secretary’s Committee.