Under pressure, but now they are the champions: Broughton triumphant in quiz competition

House system > News & Events > News > Under pressure, but now they are the champions: Broughton triumphant in quiz competition 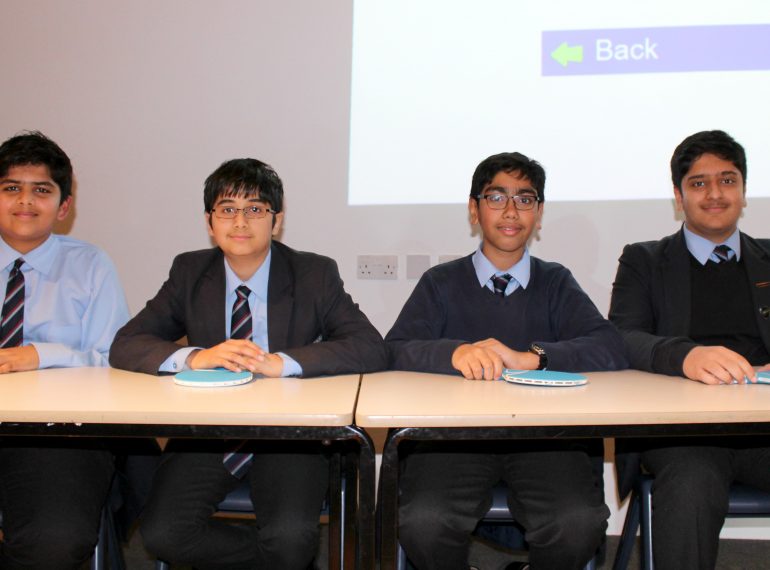 Broughton successfully took on last year’s champions, Stapylton, in the grand final of QIQE to claim the crown in this year’s inter-House quiz.

The fiercely fought battle in front of the whole of Years 7–10 saw Broughton win with a total of 180 points, ahead of Stapylton’s 100, notwithstanding the presence in the Stapylton team of Year 9 boy Rahul Doshi, who was Channel 4’s Child Genius in 2017. 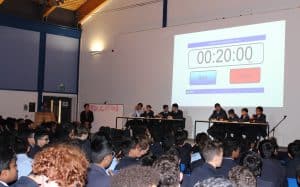 Both Houses had secured their places in the final after topping their respective group rounds in the earlier stages of the competition, which is modelled on the BBC’s University Challenge.

Organiser James Clarke (OE), who is an Extra-curricular Enrichment Tutor, said: “In recent years, QIQE has established itself as a key fixture within our eclectic programme of events that make up the overall House Competition.

“The final was an exciting and enjoyable event which showcased the boys’ impressive general knowledge and involved their competing under considerable time pressure and in front of a very large and enthusiastic audience of their peers. Credit must go to all the participants, and my congratulations to Broughton.”

Biology teacher Hinesh Shah (OE) acted as quiz master for the final in the Shearly Hall, which followed the familiar format of a starter-for-ten, followed by three bonus questions worth 5 points each, with 5 points lost for those who ‘buzzed’ (or, in fact, raised their paddle) before the question was finished and then got the answer wrong. The final lasted 20 minutes.

Each team comprised one boy from each of years 7, 8, 9 and 10. Boys are restricted to only competing in the quiz once, so, for example, last year’s competitors were ineligible. 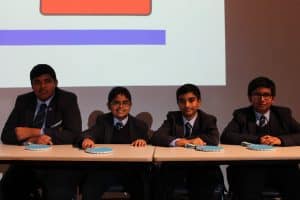