“You need a strong mind to get over the steep hills” 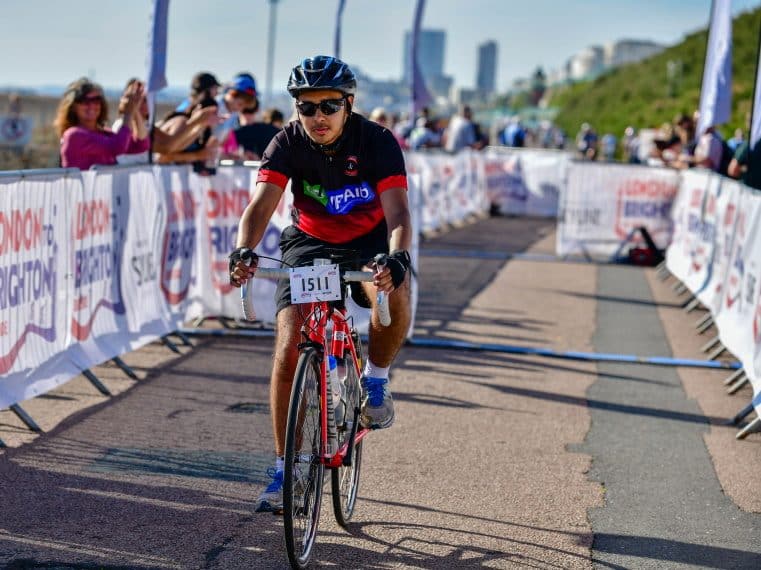 Sixth-former Mahdi Dhirani successfully undertook the longest bike ride of his life to raise money for an international charity. 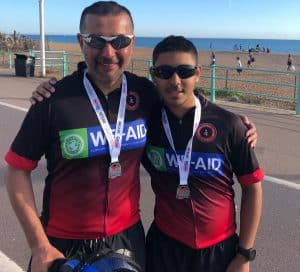 Together with 35 other cyclists from his local community centre, Mahdi raised more than £31,000 by riding 56 miles from London to Brighton. He completed the distance in just over five hours.

Mahdi, of Year 13, said he was motivated by the desire both to give something back to society and to take on a personal challenge. “It was an opportunity to push myself, as well as being a chance to get to know more people within my community and spend some quality time with my dad, who also joined me on the ride.“

“It allowed me to break my limiting beliefs, as you need a strong mind to get over the steep hills.” The north-to-south route to the coast involves an elevation gain of 3,294ft. Overall, the ride and the preparation had proved an enjoyable and fulfilling experience, he said. 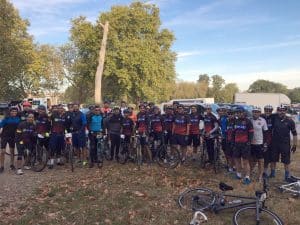 Mahdi trained for more than six weeks for the ride, cycling at least twice every week, whether on his own or with his group, Stanmore Jafferys.

“I cycled to Regents Park, Richmond Hill, Green Park and many other places in London, as well as a number of local routes around Hertfordshire. I took part in the Prudential London 2019 ride, which is an eight-mile ride around London’s most iconic landmarks; all the roads are closed, making it a fascinating adventure to see the landmarks on a bike.”

The money will go to WF-Aid’s Ali Asghar Water Appeal to provide clean water for disadvantaged families in developing countries. WF-Aid is part of the World Federation of Khoja Shia Ithna-Asheri Muslim Communities.