Across-the-board success: from a booming club to a young star’s perfect tournament score 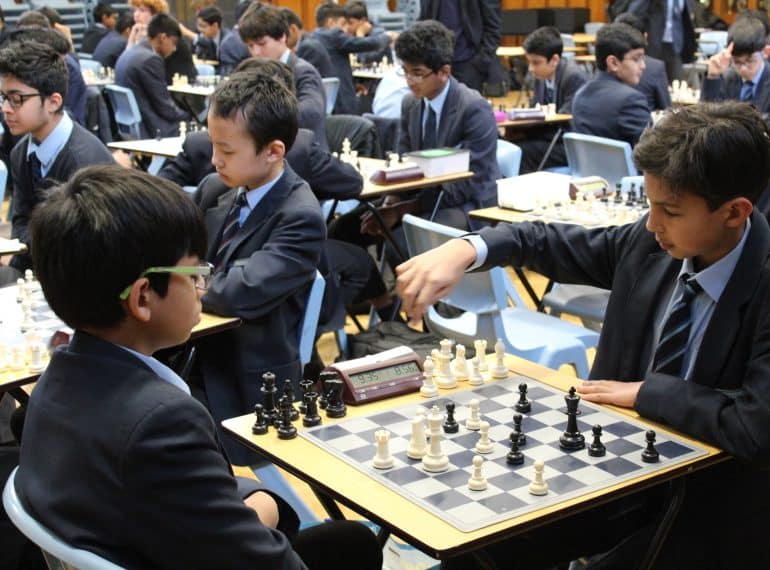 Pupil Joshua John won QE’s Years 8-11 Chess Tournament – even though he was competing against boys more than three years above him. 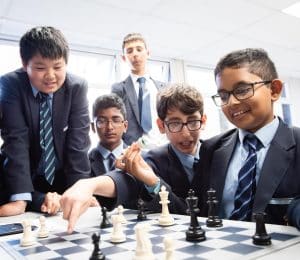 Joshua, of Year 8, achieved the maximum possible score of 6 in the competition, which saw 60 boys competing to be named 2019 Years 8-11 Chess Champion.

There was hot competition in the year below, too, where 43 of QE’s youngest boys fought it out in the Year 7 Chess Tournament. Samrath Sareen took the title of Year 7 Chess Champion with a score of 5.5.

Teacher in charge of chess, Geoff Roberts, said: “I am very pleased to see the number of highly able and enthusiastic chess players we have at Queen Elizabeth’s.

“I’m particularly delighted to see Joshua John secure the title for the first time. It is very rare indeed for a Year 8 student to win this title, so Joshua is an especially worthy champion, having won all six of his games against a high-quality field.

“The Years 8-11 tournament was an enjoyable and competitive morning of chess. We were able to make use of the chess expertise that Sixth Form boys have developed, utilising their skills in the 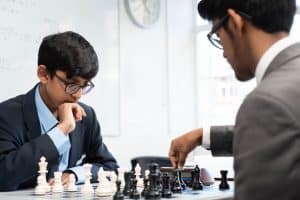 running of the tournament for the benefit of the younger pupils. All of the competitors undoubtedly enjoyed receiving advice from the sixth-formers who have been highly successful at chess over many years.”

Mr Roberts added that more than 100 boys are currently attending the after-school Monday and Friday sessions of the Improvers’ Chess Club.

Second place in the Years 8-11 tournament was shared jointly by five boys on 5 points: