Aeroball, Arromanches, animals and ‘animateurs’: a varied programme in Normandy as boys throw themselves into learning French 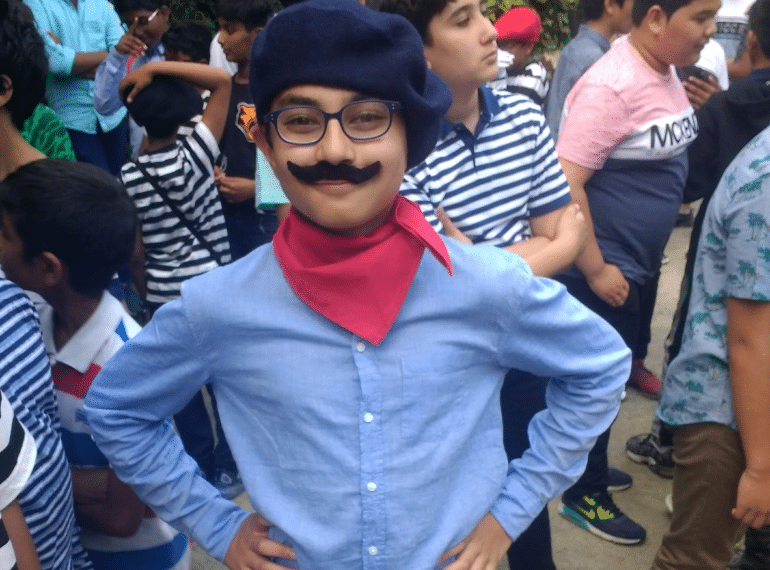 Boys from both ends of the School were plunged into intensive language-learning during a week at a château in Normandy. 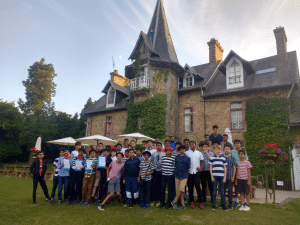 Forty of last year’s Year 7 pupils enjoyed a range of fun activities at the Château de la Baudonnière, near Avranches, with all the instructions for these – and for mealtimes – given in French.

Ten Year 12s also made the summer trip, during which they completed work experience placements designed to boost their language skills, such as working in a restaurant, where they were expected to take the orders and converse with customers. In addition, they helped the château’s ‘animateurs’ (activity leaders). 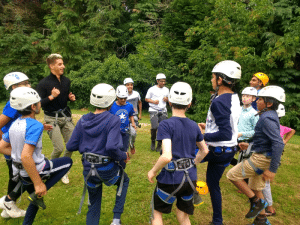 Languages teacher Rebecca Grundy said: “We aim for a completely immersive experience to give the boys some intensive help with their language-learning, while making sure they learn something of the culture and history of Normandy and France.”

The activities at the château site enjoyed by the Year 7 boys included raft-building, tackling an assault course, practising archery, playing aeroball and climbing. They spent time feeding animals at a farm, tried some traditional delicacies, including snails, and learned about making cider, or ‘cidre’, a popular drink in the region. 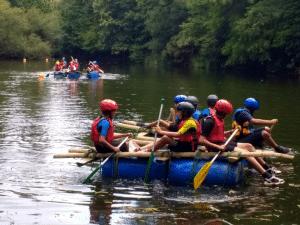 On a day out, the younger boys visited two Norman cities of historical importance, Arromanches and Bayeux.

At Bayeux, they saw the famous tapestry depicting the Battle of Hastings in 1066.

And in Arromanches, they went to a 360-degree cinema to learn about the importance of World War II’s D-Day to the region, also walking the beaches that were the sites of the D-Day landings on 6th June 1944.