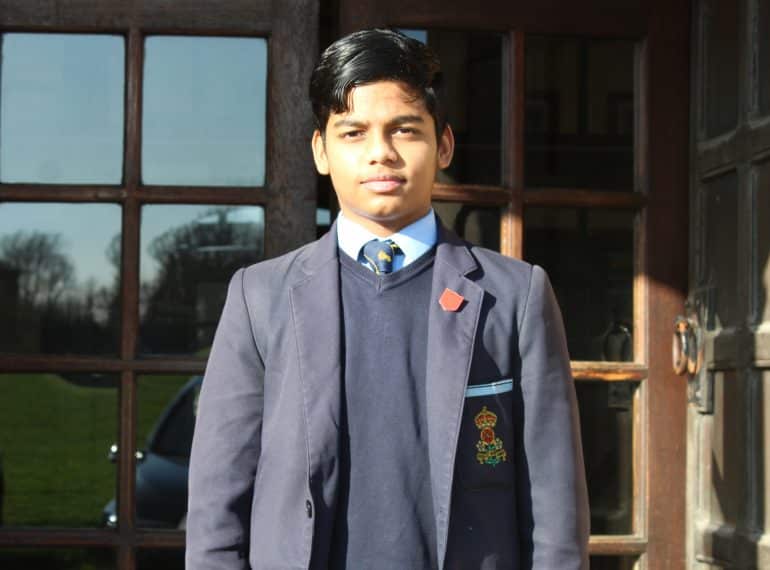 Year 10 pupil Ashwin Sridhar’s design for a doorstep smart box to stop delivery packages being stolen has won a top prize in an international competition. 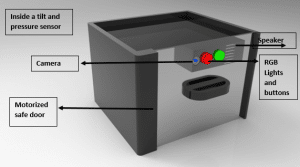 Ashwin’s device, which he named the Raptor Adversus, uses a host of measures to thwart thieves trying to gain access to packages inside – and even sounds the alarm if anyone tries to steal the whole box.

Ashwin’s award was announced in a global awards livestream broadcast.

Congratulating him, QE Head of Technology Michael Noonan said: “Ashwin’s competition entry was well illustrated and included an account of the three different iterations of his device, thus demonstrating that he had worked very methodically to tackle the problem of package-stealing.”

The competition submission began by outlining the problem. “Online delivery has been integrated into our society,” Ashwin wrote. “Forbes estimates the average person in the United States receives up to 21 packages a year. However, with online delivery’s increase in popularity, a new epidemic has arisen – package-stealing.”

Using CAD software, Ashwin designed a device aimed not only at preventing thefts, but also at deterring thieves from even making the attempt.

His Raptor Adversus (meaning ‘against a thief’) design features:

His initial iteration was designed to take a photo and send it to the homeowner’s phone when anyone used, or attempted to use, the passcode system. The alarm would sound – drawing the attention of people in the area, in case the person at the box was a would-be thief. Only then, after a delay, would the box open.

Ashwin realised that this would only deter thieves who were actually attempting to open the box, so his first refinement was to include a proximity sensor (with a range that could be adjusted by the owner) that would sound an alarm and take a photo of anyone who got close.

In the third iteration, he added the tilt sensor to sound an alarm if anyone tried to remove the whole box.