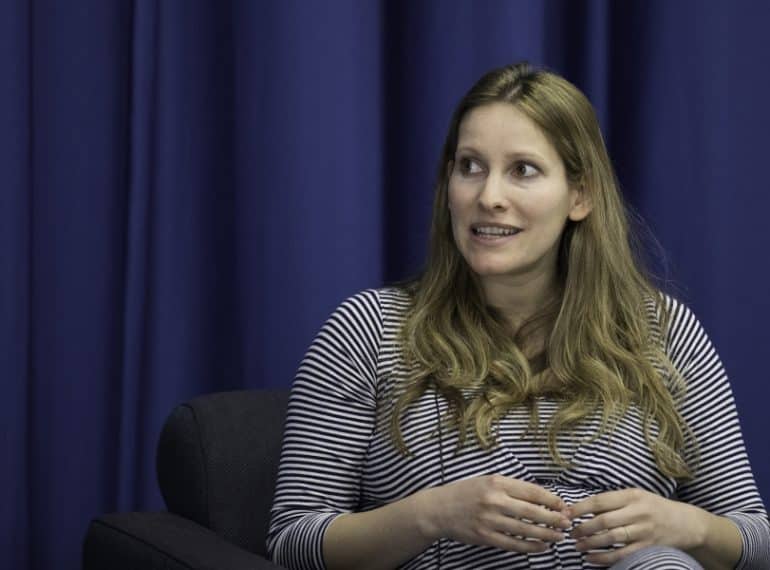 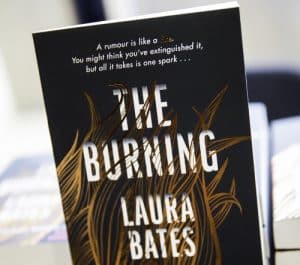 The founder of the Everyday Sexism Project covered topics including definitions of feminism, transgender matters, the approach feminists should adopt to cultures elsewhere and the advice that should be given to young men in relationships with women. She also discussed her new Young Adult fiction book, The Burning.

After an invitation from hosts St Albans High School for Girls, a dozen Year 12 A-level Politics students attended the lecture, accompanied by Head of Year 12 and History & Politics teacher Lottie Coleman and Head of Politics Liam Hargadon. The School has selected feminism as an option within the A-Level Politics core syllabus.

“It was a really excellent talk,” said Miss Coleman. “She was so articulate and informed on the subject of feminism without being dogmatic, making her an incredibly impressive speaker.” 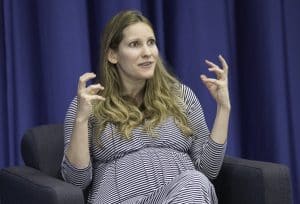 One of the QE sixth-formers, Rushil Shah, praised Ms Bates’ “well-articulated and convincing talk…which was not repetitive or droning at all,” adding that he had been impressed by her use of statistics. His classmate, Leo Kucera, praised her for addressing male stereotypes in society and for “confidently and accurately answering questions”.

Ms Bates started the Everyday Sexism Project website in 2012, five years after graduating from Cambridge with a degree in English Literature. The aim of the site is to document examples of sexism from around the world.

She spoke initially of her own experiences of sexism, including a Cambridge don who wore a black armband on the anniversary of women’s first admission to the university.

To illustrate her claim of the inequality facing women, she cited the fact that there are more men called John leading FTSE100 companies than women! 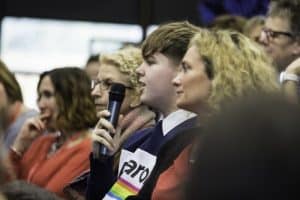 She stressed the need to discuss sexism and feminism with young men in relationships, saying that the suggestion sometimes made that this is a ‘minefield’ area is actually insulting to young men.

Regarding trans matters and how feminism applies in this area, she pointed out that women are not an homogenous group anyway, so the variety of experience seen among trans people should not be an issue.

Ms Bates felt that it is not the job of western feminists to impose their ideals in other parts of the world; they should instead concentrate on giving feminists from other cultures a platform.

Issues raised in a question-and-answer session after the lecture included: