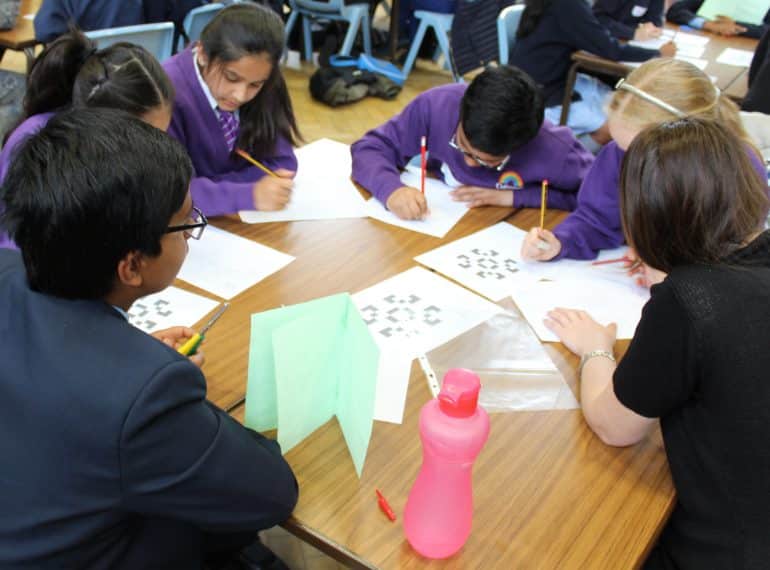 From spelling and writing poetry to solving number and logic puzzles, more than 50 visiting Year 5 pupils faced a busy schedule when they took part in QE’s Primary Challenge Day.

Now in its fifth year, the event attracted entrants from a record-equalling 14 local schools, who each sent a team of four competitors. 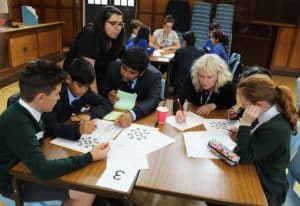 The challenge is organised to offer local pupils the opportunity to compete in an enjoyable and stimulating setting; it involves activities focusing on English and Mathematics. Each round of the competition brought a fresh, often interactive, challenge.

Teachers Philip Brady and Marco Saccardi, of the Mathematics Department, and Sarah Snowdon and Panayiota Menelaou, of the English department, helped throughout the morning by running one of the rounds each and chatting to the participants. In addition, all the teams were allocated a Year 7 QE pupil to help them feel at home and support them.

The overall winners were Woodridge Primary School. Trent CE Primary School won the Limerick round, while the Shuttle round went to Underhill School. Foulds triumphed in the Spelling Bee and the Crossnumber round was won by Colindale Primary School. 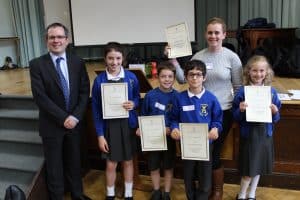 Assistant Head of Mathematics Wendy Fung said: “The visiting teams clearly thoroughly enjoyed themselves. I have to thank all the staff and QE boys who worked tirelessly to make the event such a success and make our visitors feel welcome. A number of our Year 7 boys also acted as runners on the day. It’s a less glamorous job but was vital, nonetheless, in ensuring the day ran smoothly and that our guests were well looked after.”

The event was started by Assistant Head Michael Feven, who stressed to the Year 5 pupils that the main aim of the challenge was for them to have fun and enjoy themselves. At the end, Headmaster Neil Enright congratulated all the participants and presented the winners with their certificates.