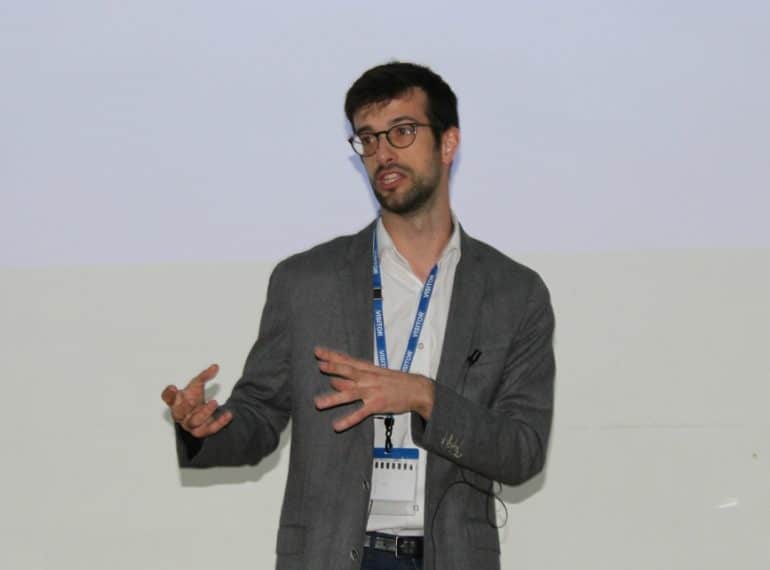 A Brexit specialist from UCL’s European Institute gave boys some expert insights into the current political turmoil in a lecture to Years 10 and 11.

Clément Leroy, a Research and Policy Engagement Associate at the institute, came to QE to explain the background of the recent ‘meaningful vote’ in Parliament and looked at all the major issues involved.

Although he did not, of course, know how things will play out in the coming weeks, he suggested that a ‘no deal’ outcome is quite possible – and even likely – given that this is the default position if a deal is not agreed and approved by Parliament.

Mr Leroy worked on Brexit at the French Embassy in London and on EU economic policies at the French Ministry for Foreign Affairs in Paris prior to his appointment to the European Institute.

Nisha Mayer, Head of Academic Enrichment, thanked Mr Leroy for his visit: “He did a good job of explaining the current situation, bringing some clarity – if not solutions!.

She added: “With wall-to-wall media coverage and lots of material on social media, it is important that we help the boys sort through the ‘noise’ to understand the key facts and issues about matters as significant as the Brexit process. We seek to develop the critical thinking and questioning skills that will equip them to formulate balanced and informed viewpoints, even if they may still respectfully disagree.”

Among the topics Mr Leroy covered during the lecture were the initial referendum, the negotiations, the Irish backstop and the potential outcomes and how we might reach them. Boys also had the opportunity to ask questions.