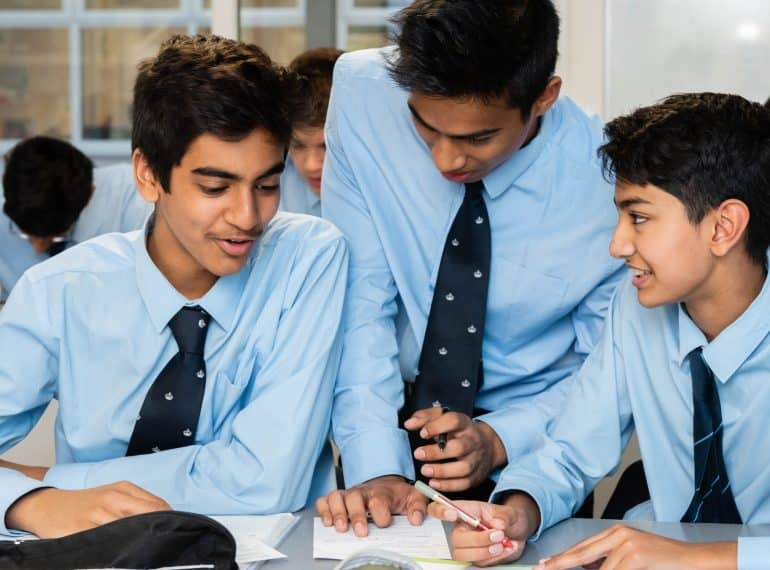 Headmaster Neil Enright delivered a speech on QE’s focus on ‘free-thinking scholarship’ to an influential conference of heads from independent schools. 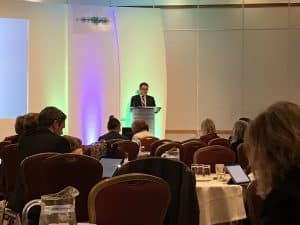 Mr Enright was invited as one of a small number of guest speakers at the Girls’ Schools Association’s Annual Conference for Heads in Bristol.

In his speech during a plenary session entitled Keeping scholarship at the heart of education, he set out QE’s work to cultivate habits of independent learning and academic curiosity.

“We summarise this approach as free-thinking scholarship – a relatively new phrase in the QE lexicon,” he told his audience, who were drawn from some of the country’s most famous girls’ schools.

Mr Enright spoke of the importance of maintaining a focus on free-thinking scholarship within a curriculum that is designed to be intellectually rigorous yet also to be exciting and to embrace worthwhile innovation.

However, he also highlighted QE’s commitment to its academic enrichment programme, through which it offers activities that go beyond the classroom curriculum and the requirements of public examinations. 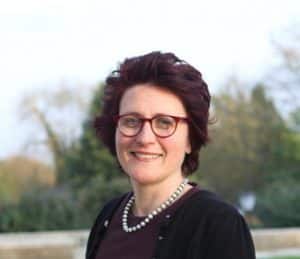 Mr Enright pointed to the role here of the academic symposia that QE holds with local girls’ schools, including North London Collegiate School (whose Headmistress, Sarah Clark, also spoke in the session and through whom Mr Enright’s invitation had come) and The Henrietta Barnett School. On the day Mr Enright spoke, a group of Year 13 girls from NLCS were visiting QE for a symposium, while a group of Year 11 boys headed in the opposite direction the following day.

While scholarship might be seen as “somewhat of a heritage brand” – gothic libraries, decanters of port and the like – the focus at QE was instead on the fundamental attributes that underpin scholarship: “We must be open to expressions of scholarship which look rather different.”

And Mr Enright cited as a recent example the work of old boy George the Poet (George Mpanga OE 2003–2010), an award-winning podcaster, who opened the coverage of the 2018 Royal Wedding, performed at the opening ceremony of the 2015 Rugby World Cup and has been a regular panellist on BBC’s Question Time. “His work is now undoubtedly a great example of scholarship – a contemporary, urban, forward-looking, free-thinking scholarship,” said Mr Enright.

He also mentioned Anthony Anaxagorou (OE 1994–1999), QE’s poet-in-residence, who was recently shortlisted for the prestigious TS Eliot prize and whose “radical perspective [is] grounded in his experience of race and identity”. Acknowledging that neither Anthony’s nor George’s work found ready recognition at the School when they were pupils, Mr Enright added: “I would like to think that the School would be better placed now to value and support their brands of free-thinking scholarship.”

To inspire and facilitate scholarship in their pupils, schools must identify, attract and then develop staff who have a “deep-rooted interest to continue to explore their [own] interests” and can model “scholastic traits”.

“Our boys expect their teachers to be on top of not just the course material, but the hot topics in their field, the emerging theories and technologies,” he said.

One significant factor in QE’s success in supporting staff had been the work of many departments with the Prince’s Teaching Institute, which, Mr Enright said, had “proved a great way of stretching our subject leaders, giving them the opportunity to collaborate across different schools, learn from best practice and then train others”. Several staff, including Mr Enright himself as well as Assistant Head Sarah Westcott, Head of History & Politics Helen MacGregor and Head of Mathematics Jessica Steer, have current leadership roles within the charity.

Mr Enright set out several other steps the School takes to promote scholarship, all of which, he said aimed at “trying to create and maintain a culture whereby curiosity, ambitious thinking and intellectual risk-taking feels safe”.