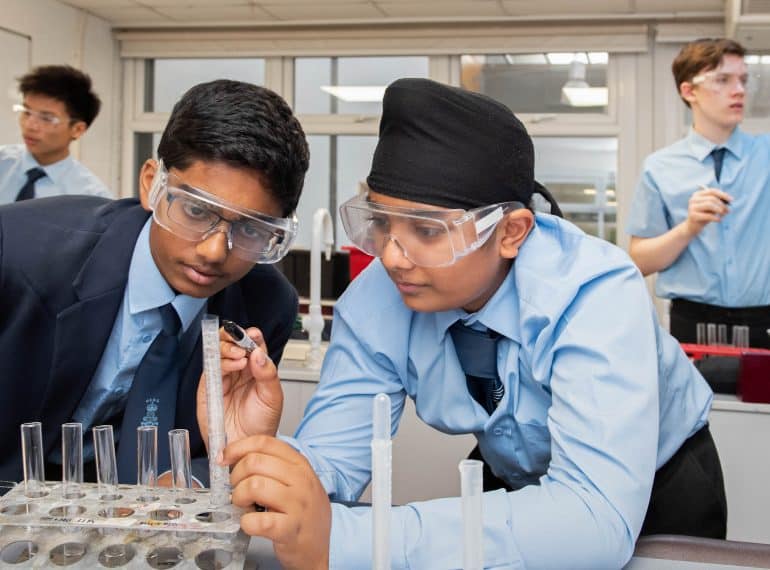 Eight QE boys have been picked in the top 5% nationally among the thousands who participated in this year’s Intermediate Biology Olympiad.

In fact, 51 of the 56 QE boys who entered the prestigious competition closely connected with the Royal Society of Biology this year achieved recognition for their performances.

Biology teacher Mev Armon said: “It is tremendously encouraging to have this independent confirmation that we have so many able biologists in our Sixth Form. My congratulations go especially to our eight gold-level candidates, whose performances were very impressive indeed.”

The Intermediate Biology Olympiad is open to students in the first year of post-16 education. It aims to test their knowledge of the subject and to encourage them to continue studying the biosciences beyond school.

In addition, to the eight gold winners, 14 QE boys achieved silver – a level reached by the top 16% of students nationally – and six took bronze. A further 12 boys were ‘highly commended’ and 11 ‘commended’.

Since 2015, the Intermediate Biology Olympiad has been run by UK Biology Competitions, a Special Interest Group of the Royal Society of Biology, which was set up in 2010.