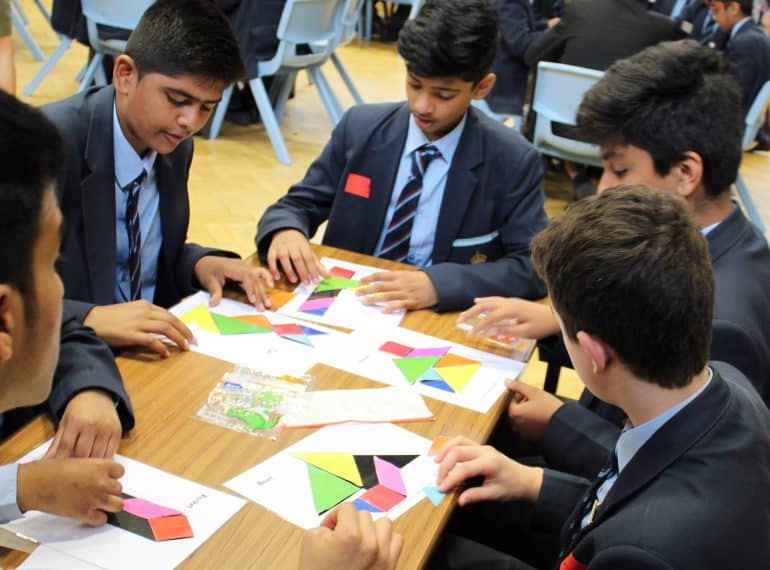 QE’s youngest boys had to combine individual talent and good teamwork to succeed in the inter-House Year 7 Maths Fair at the end of the summer term.

Inspired by the UK Mathematics Trust’s Team Maths Challenge events, the Mathematics department’s annual morning of activities pits the six Houses against each other.

The boys take part in a carousel of mathematical challeng 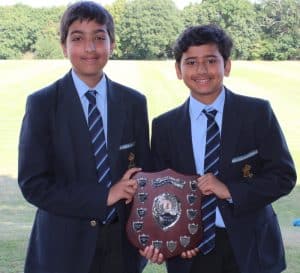 es, some of which are more familiar problem-solving (such as the round entitled A Question of Maths), while others major on the practical (such as tangrams, which involve putting together seven flat shapes to create a specified shape).

One highlight of the event is the relay round, which combines speed in movement around the room with mental speed in solving a mathematical problem.

Assistant Head of Mathematics Wendy Fung said: “The idea is to show boys that mathematical problems come in many different formats as well as to help them to develop team-working skills.”

The overall winners were Pearce, with 767 points; second was Broughton, with 740, and third, Underne, with 688. Pearce were subsequently presented with a trophy – the Scarisbrick Shield – in assembly. 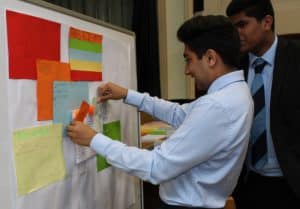 “From electricity to football, Maths is all around us. Winning the Maths Fair is an unforgettable achievement,” said Haris Shahid from Pearce.

This was the second year in which Year 12 pupils have supported the event. Each Year 7 team was supervised by one of the sixth-formers, who also provided essential logistical support for the fair.

Paying tribute to the Year 12 boys for their contribution and noting that they had themselves taken part in a similar Year 7 Maths Fair back in 2014, Miss Fung said: “The event would not have been able to run without their help. The sixth-formers certainly enjoyed issuing red cards to any Year 7 boys who did not follow the relay ‘no-running’ policy!” 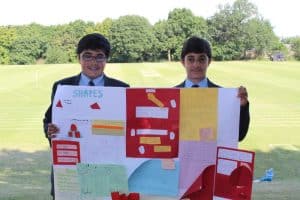 All six Houses were also required to create a poster entitled What is Mathematics? Each of the multiple teams within each house had to create a part of the poster. They were asked to prepare in advance by coordinating the different sections so that their poster would encompass the many facets of Mathematics.

Having been chosen as the winning poster, Broughton’s entry was displayed in the Mathematics department.