Mixing with the best at the Barbican

Music > News & Events > News > Mixing with the best at the Barbican 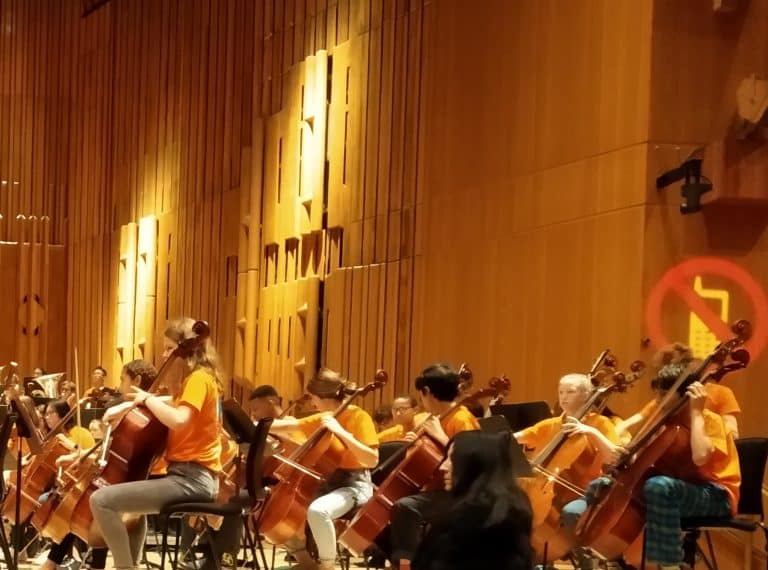 Year 10 cellist Jules de Souza-Brazil played with some of Britain and America’s finest young musicians and performed in London’s famous Barbican Concert Hall during a special event organised by the National Youth Orchestra. 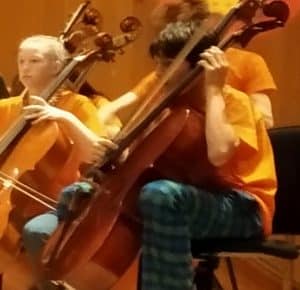 Jules relished the opportunity to take his place on stage with the specially formed Tuning into Change Orchestra and then to join a masterclass given by Venezuelan conductor Gustavo Dudamel, conductor of the Los Angeles Philharmonic, during the maestro’s three-day Barbican residency.

Headmaster, Neil Enright, said: “I’m pleased to hear that Jules had an unforgettable experience playing with such a high-quality orchestra in a top London concert venue. It is always great to see our flourishing musicians extending themselves through out of School opportunities, as well as committing to our own programme of performance music.”

Jules is a member of QE’s Celli ensemble and has also played with the Sinfonia, Camerata and Symphony Orchestra. This week the Celli are taking part in the first round of the Pro Corda Festival, a national competition promoting and celebrating chamber music within schools. 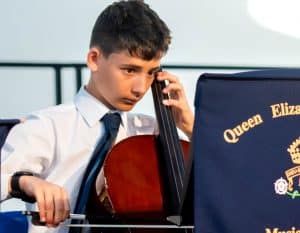 His experience at the Barbican was the culmination of a National Youth of Great Britain NYO Inspire event. These are immersive orchestral workshops which provide black and minority ethnic musicians, and musicians who are state-educated or home-schooled, with opportunities to develop their orchestral playing with a full symphony orchestra.

Jules spent the Sunday before his day at the Barbican at an East London school, where he rehearsed with around 120 other young musicians, including some from the Youth Orchestra Los Angeles (YOLA) as well as musicians from the NYO. 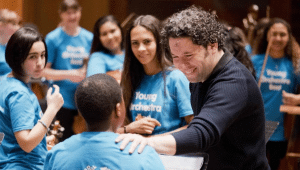 The public event at the Barbican started with a performance of The Great Gate of Kiev, which is part of Mussorgsky’s Pictures at an Exhibition.

During the masterclass afterwards, Dudamel rehearsed Shostakovich’s Festive Overture, again with young musicians from across the UK, as well as YOLA and members of the NYO.