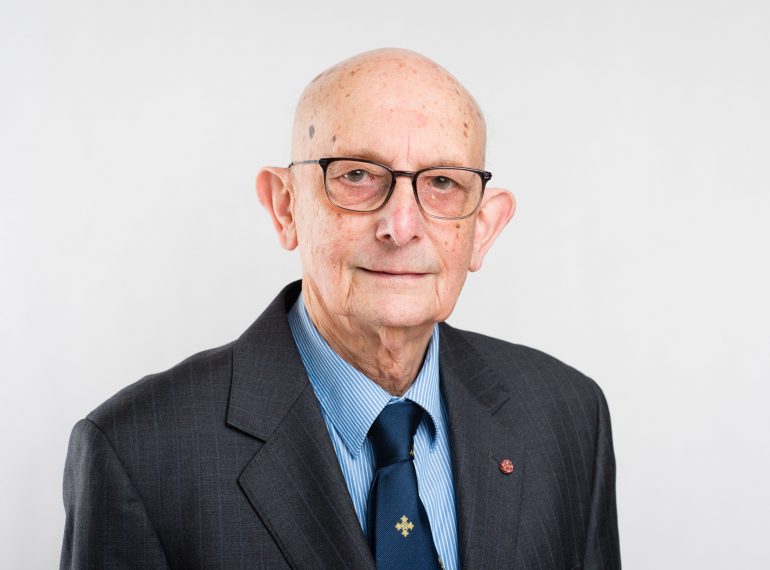 The Chairman of the Governing Body, Barrie Martin MBE, FRICS, IRRV is also the Chairman of the Friends of Queen Elizabeth’s. He has held both positions since 1999, having been a Governor since 1989. He chairs the Governors’ Salaries Review sub-committee.

Mr Martin was appointed MBE in the 2014 New Year’s Honours; the award citation for ‘services to education’ recognised his long years of devotion to Queen Elizabeth’s School – an association which began when his elder son, Piers, came as a pupil in 1987.

He has thus overseen QE’s rise to become one of the top-performing schools in the country.

Mr Martin rose from humble beginnings, qualifying as a chartered surveyor at the age of 24 after studying at night school. He went on to a successful career, establishing his own practice, Martin Russell Jones, in Edgware, which specialised in managing accommodation including almshouses and social housing for the visually handicapped. In 2013, he sold the firm, but continued to work there as a consultant.

As his sons, Piers and Giles, grew up, he supported their schools, firstly becoming a Governor at St Paul’s C of E Primary in Mill Hill, and then at QE. He has thus served alongside three QE Headmasters – Eamonn Harris, John Marincowitz and Mr Enright.

Besides his work in education, Mr Martin has been involved with Hendon Baptist Church for well over 30 years, working especially with children. His other voluntary service has centred on his home locality of Edgware and Mill Hill: he has been an active member of Mill Hill Rotary Club, engaging in a variety of charitable activities, such as driving for elderly people.