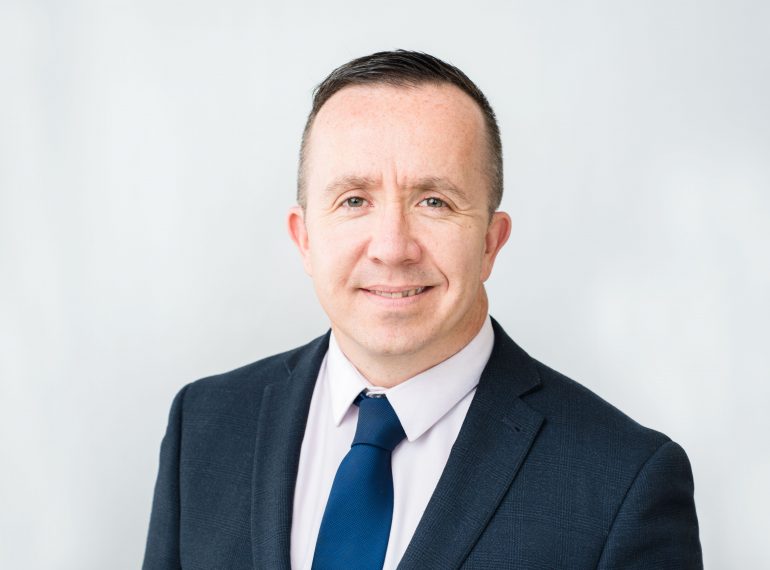 David Ryan BA, MEd, Deputy Head (Pastoral), began his teaching career at Queen Elizabeth’s School after leaving Warwick University in 1997 and has been here ever since.

In fact, his memories of QE go back to the late 1980s, when he would come to Queen’s Road to play rugby for his alma mater, The Campion School in Essex, where he was School Captain in Year 13. He played at the QE Sevens tournament while in Year 9, but says it was the regular fixtures that stuck in his mind as “the hardest game of the season”.

Mr Ryan took a year out before university, playing rugby in Canada and then working in Normandy for six months to improve his French.

At Warwick, he took a BA in English and American Literature and then his Postgraduate Certificate of Education. He was General Secretary of the Students’ Union for a year and also a resident tutor.

“On leaving Warwick I wanted to teach at a school like the one that I had benefitted from – one where students were pushed academically and where there was an ethos of teachers leading students beyond the school day in sport and drama and where there were plenty of overseas activities.” He counts himself fortunate to have been applying for teaching posts when a job at QE came up.

In the intervening years, he has held positions including: Head of Year; Senior Year Head; Head of PSHE and Careers; Head of Sixth Form and Acting Head of English, and Assistant Head. He was appointed to the role of Deputy Head in 2019. He gained an MA in Educational Leadership from the Open University in 2016.

“I’ve taught English, French and Critical Thinking, I particularly enjoy working with our students on challenging Medieval and Renaissance texts from Chaucer to Shakespeare, as well as considering how we adapt our language in the 21st century. In the nicest possible way, one of the most rewarding parts of my role is seeing students leave us…to go on to great opportunities at leading universities and fine careers.”

As Assistant Head, Mr Ryan has participated in a regular meeting of London grammar school Heads of Sixth Form at which good practice is shared and also worked with local schools as needs arose on a range of issues related to university admissions.