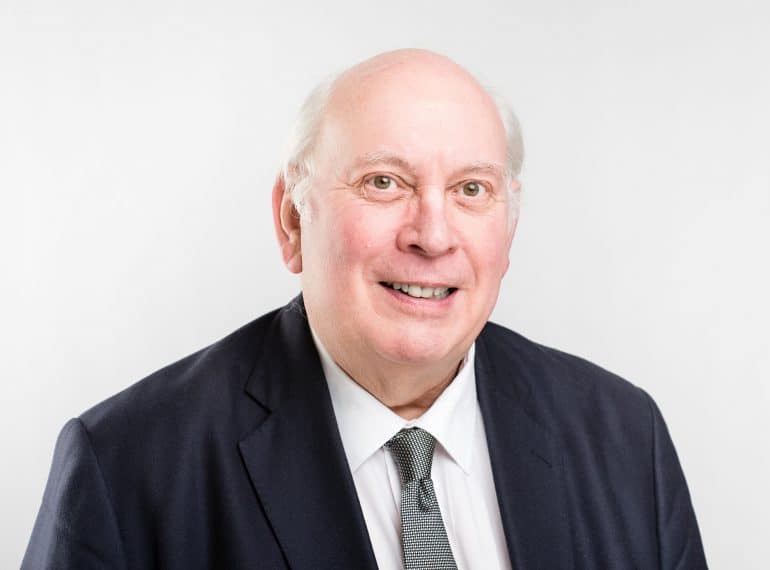 Old Elizabethan Martyn Bradish, FCA, FCIArb is a Foundation-nominated governor and has held office since 2005. He is a member of the Governors’ Finance Committee.

A trustee of the Endowment Fund of the Schools of Queen Elizabeth the First, Barnet, (‘the Foundation,), he has been its chairman since 2014. The Foundation makes grants to needy scholars at the boys’ and girls’ schools as well as helping to fund large projects for both schools.

He also chairs the Old Elizabethans Association, for which he currently has responsibilities for finance and membership.

Mr Bradish attended the School between 1962 and 1969. After studying for a year for the first part of the Institute of Chartered Accountants’ examinations, he signed articles with leading UK accountancy firm Wilkins Kennedy, where he qualified in 1973 and became a partner in 1977. His business career included founding two firms of Chartered Accountants, interspersed with a six-year period as Deputy Chief Executive of the Institute of Biology. He retired from work in 2017.

In his forties, he followed his interest in arbitration by becoming a Fellow of the Chartered Institute of Arbitrators and later attained the distinction of becoming a Chartered Arbitrator. He was involved in arbitration disputes covering commercial matters and, in particular, in disputes arising from business partnership dissolutions.

He has also always been interested in The City of London and its livery companies, and in 2010 he joined the Worshipful Company of Arbitrators. He is a member of the Court and is the Treasurer and a trustee of the associated charity.

His other interests include freemasonry and 41 Club (the club for past Round Table members). He is married to Linda, lives in Hertfordshire, and has three daughters and three grandchildren.