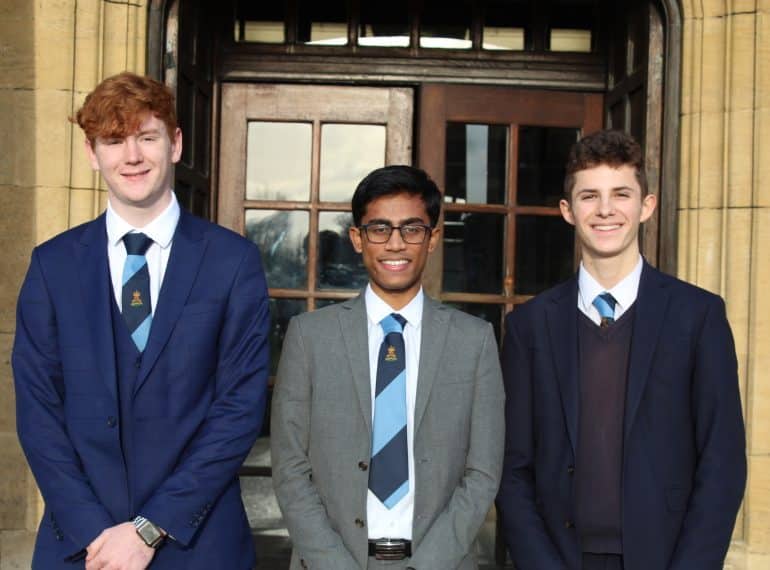 A total of 114 prefects drawn from Year 12 take up their positions tomorrow at the start of the new term. The team’s increased size reflects the strength of the QE Sixth Form, which continues to grow. 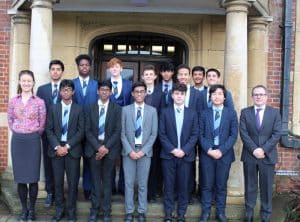 Headmaster Neil Enright said: “My congratulations go to all those whose qualities have been recognised through their appointment as prefects. They play an important role in the daily management of the School. Prefects help in the running of key events and, through specifically allocated responsibilities, support the School’s development priorities. In addition, they serve as vital role models for younger pupils.

“Ivin thoroughly deserves the honour of being our 2020 School Captain. He secured outstanding GCSE grades and is known for being polite and showing respect. He throws himself fully into School life, especially in sport and in Music – he participates enthusiastically in a number of School ensembles. He has already set his sights on Medicine as his future career. As a recent School report justly describes him, Ivin is a ‘model QE student’. 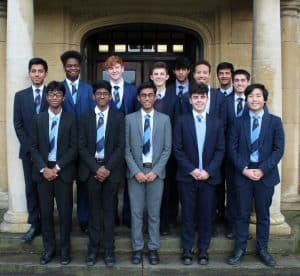 A pastoral report on Guy Flint described him as a “very helpful, co-operative and confident young man”. His extra-curricular involvement has included water polo – a sport at which he has frequently represented QE in matches and competitions involving other schools. He is a keen musician, playing the piano and having sung with both the School Choir and Chamber Choir. He has also helped with the School’s Élite Maths groups, including regular mentoring of Year 8 boys.

George Raynor is a senior rugby player and enjoys drama. Like both Jose and Guy, he also devotes time to Music, having played in the Saxophone Ensemble and sung with the Choir, Chamber Choir and Barbershop group.

“I thank our outgoing School Captain, Bhiramah Rammanohar, and his team for their excellent service during 2019,” Mr Enright added.