Not just about the money: QE boys’ ethical approach and ‘out-of-the-box thinking’ wins trio of prizes in top accountancy competition 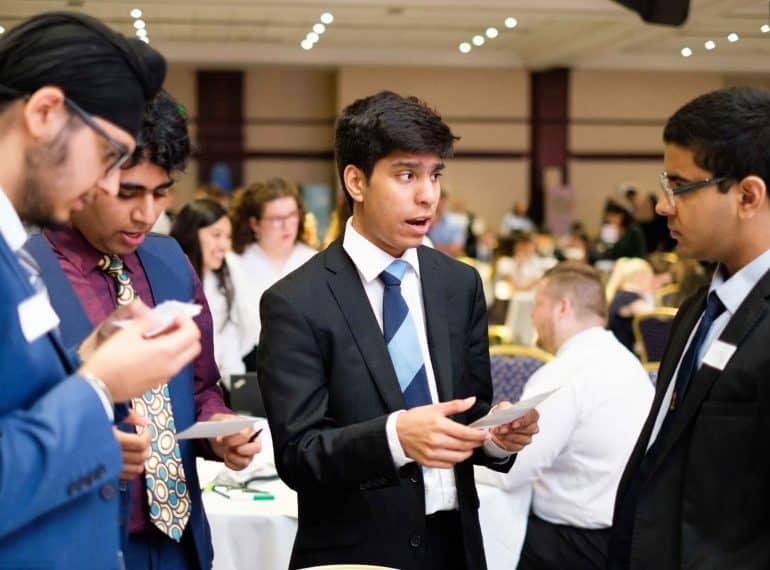 At this year’s final of a prestigious national business and accountancy competition, a QE Sixth Form team picked up prizes for teamwork, integrity and commercial acumen. 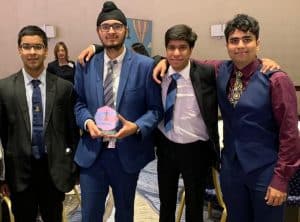 Karanvir Singh Kumar, Yash Shah, Harshil Shah and Manas Madan competed alongside 47 other school teams at the final of the BASE competition run by ICAEW (Institute of Chartered Accountants in England and Wales) in Birmingham.

The competition provides school and college students with a taste of what working in the profession is really like, requiring them to approach business decisions as if they were Chartered Accountants.

The boys enjoyed a three-course dinner and overnight stay at the Hilton Hotel. But next the work began: after an early breakfast, the team received their briefing information at 9.00am and then had only two hours in which to make their decisions and prepare their final presentation for the judges.

The QE boys’ challenge was to choose which of three options would be of most benefit to Ghanaian villages: to invest in equipment for farming the cassava root vegetable, in a warehouse or in solar panels. 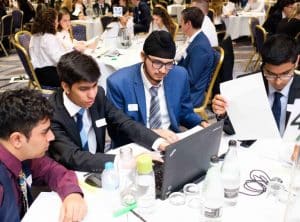 Team leader Karanvir said: “We had to consider how we would finance the venture and which sponsor we would choose. Throughout our analysis we also had to consider ethics and demonstrate integrity – key qualities of Chartered Accountants.”

“We had a stressful two hours to prepare our presentation. First, we made sense of the case studies. Then we began to write our scripts and made our PowerPoint presentation. We chose to recommend investment in solar panels because of its potential to transform the lives of the local population and to enhance the socio-economic development of the country.”

After the two hours were up, the 48 teams were split into smaller groups of 5-6 teams to present to the judges. 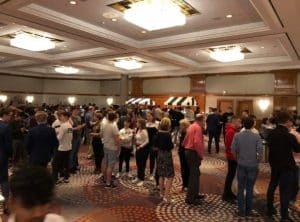 Although they QE did not win the overall title, they did take the trio of additional prizes.

“The experience stretched our abilities to the maximum and tested our skills like no other challenge we have faced before,” said Karanvir. “The time pressure was especially overwhelming from the onset. I’m extremely proud of what we achieved as a team, and the hard work and dedication paid off. This was particularly so when we were awarded the prize for Business & Commercial Acumen, which was given to us for our out-of-the box thinking and awareness of real-world events.”