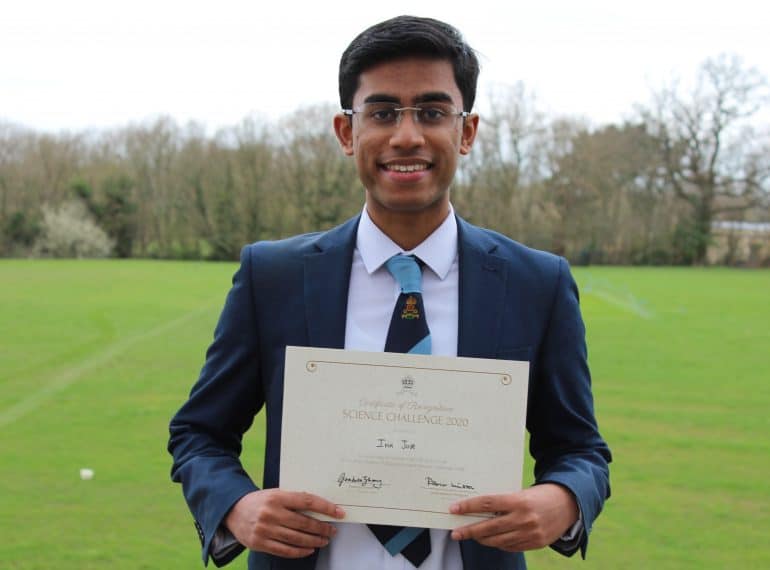 School Captain Ivin Jose’s imaginative short story, looking at climate change through the eyes of an elderly, world-travelling balloonist, has won him the top prize in the national Science Challenge Competition 2020.

Ivin’s 1,200-word feature took both the top prize in its category and the Overall Schools Winner Award, judged by Lord Robert Winston, in the annual Royal College Science Union (RSCU) competition. The RCSU is the student union for students at Imperial College London from the Faculty of Natural Sciences.

Feedback from the competition markers lauded Ivin’s “unique” style in a “gentle yet captivating” essay. One marker wrote: “The message is delivered subtly, but without detracting from its importance.” A second marker told Ivin: “It is clear that you are very talented at scientific writing, which is generally a very tricky thing to do!” 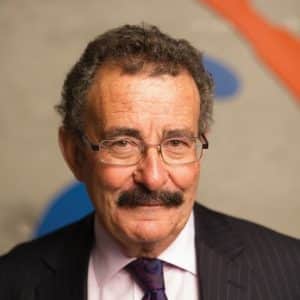 Ivin, of Year 12, was shortlisted as one of the three finalists for his category and was invited to the awards ceremony in the Royal Society of Chemistry Library.

Unfortunately, the event coincided with QE’s Senior Awards Ceremony, at which Ivin not only won several prizes, but was also scheduled to deliver a vote of thanks as School Captain. His father therefore attended the competition ceremony in his stead, where scientist, doctor and TV presenter Professor Lord Winston presented the prizes. Lord Winston has been the ambassador for the Science Challenge for 12 years.

Ivin said: “I was delighted and surprised to learn that I had won the awards for both the feature category and the Overall Schools Winner Award.” He won £500, with the prize package also including a visit to the House of Lords.

Headmaster Neil Enright said: “My congratulations go to Ivin on this exceptional achievement. He is an exemplary pupil, achieving high academic standards and contributing fully to extra-curricular activities, while showing great dedication to serving QE in his role as School Captain.”

Ivin was alerted to the competition by Academic Enrichment Tutor and Physics teacher Gillian Deakin. There were four categories: video, essay, feature and freestyle. Ivin chose the feature category, for which entrants had to cover “what good climate means to different people, and what this means for how we respond to climate change”.

“I chose to do the feature article question, as the blend of creativity and scientific fact appealed to me.”

The guest judge for this category was Mun Keat Looi, a science writer, who was awarded the silver Rising Star Award at the 2015 British Media Awards. He is the author of two books, Big Questions in Science: The quest to solve the great unknowns and the Geek Guide to Life.

Ivin said: “I wrote my feature article titled Memories of an Old World Traveller. I decided that it would be interesting to explore the feature article question from the perspective of an older narrator in order to explore how much the earth’s climate has changed over time, as well as my desire to motivate and inspire readers to action.”

The article tells the story of a 92-year-old hot air balloonist reflecting on happy memories of travelling the world and “witnessing the stunning peaks of the Himalayas, tasting the spices of Asia and beholding the beauty of the Alaskan Northern Lights”.

One of the marker’s commented on this aspect of the feature: “It is very interesting to introduce so many different cultures’ approaches to climate science, and you have done this very well.”

Realising in his old age that the climate is rapidly changing, the traveller-narrator gets out his balloon for one final journey to investigate humanity’s response to the crisis. The essay finishes with the narrator’s thoughts on the comprehensive measures that will be necessary to resolve the problem of global warming.