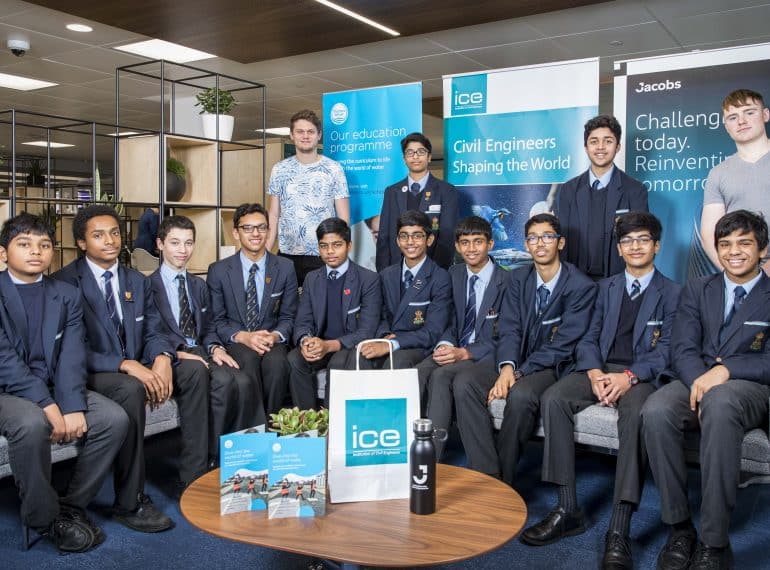 Queen Elizabeth’s School has taken the main prize in the Institution of Civil Engineers’ #ICanEngineer competition at the first attempt.

One team were crowned the overall winners, while a second won the Sustainability Award, which means that in its first year of entry, QE secured half of the four prizes available in a competition organised by one of the most pre-eminent engineering organisations in the world. 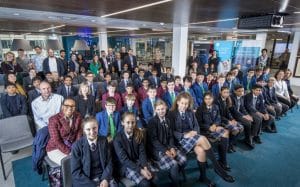 Congratulating the finalists, ICE London Director Jonathan Baggs said: “The #ICanEngineer Competition has shown that our schools are full of budding engineers and innovators.

“This year’s competition looked at improving London’s reliance against the effects of climate change to stop future flooding – which has such a wide scope. I’ve been really impressed with the approach the students took to consider all the possibilities in great detail. Every group should be incredibly proud of themselves. I hope that these students now see the creative and practical applications of engineering to solve some of the biggest challenges in society.”

QE Teacher of Technology Shane Maheady said: “This competition was an exciting challenge and an experience which will certainly aid our students in the future. We were very keen for them to enter because it offered them the opportunity to design a solution to a real-world problem.” 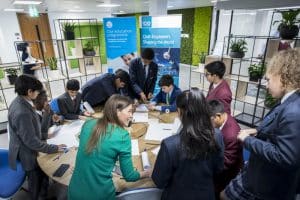 Now in its fourth year, the #ICanEngineer competition, organised by the ICE London Graduates and Students committee, has continued to grow. This year, more than 50 pupils competed from schools across the London boroughs.

The award-winners were presented with their prizes at a special event held at the central London offices of Jacobs, the international engineering group. As part of a day of activities, the finalists participated in bridge and dome-building workshops inspired by the views along the River Thames.

“The event was extremely well organised and enjoyable to attend. We’ll certainly be entering this competition again next year,” added Mr Maheady.

Among those the boys and their teachers met at Jacobs’ offices was Old Elizabethan Karan Dewnani (2006–2013), who works for Jacobs as a Civil Engineer in the rail industry and who, as a STEM Ambassador, was supporting the competition organisers on the day. 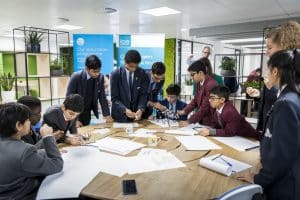 “Personally, I was very impressed with their submissions,” said Karan. “I would like to pass on my congratulations to everyone involved, especially as QE won both the sustainability prize as well as the overall competition. I look forward to seeing the trophy in the School the next time I’m around.”

The dual flood defence and water storage scheme designed by Arya Bhatt, Heemy Kalam, Dylan Domb and Ashwin Sridhar took the main prize. Named ProWater Defence System, the scheme took into consideration existing infrastructure and the current multiple uses of the River Thames. The team used digital technologies such as computer-aided design (CAD). They also produced a demonstration video to show how the scheme could work.

The Sustainability Prize went to another creative QE project, The Thames Floodplain Protection Plan. This was designed by Jashwanth Parimi, Amogh Bhartia, Utkarsh Bhamidimarri and Siddarth Jana. Their design harnessed energy from the water to generate a renewable alternative power source. The team created a website and two videos explaining the details of the plan, as well as one for a public audience explaining why it is needed.

All those in the final also received a ‘goody bag’ from the ICE and its competition supporters; Arup, Jacobs, WSP and Thames Water.