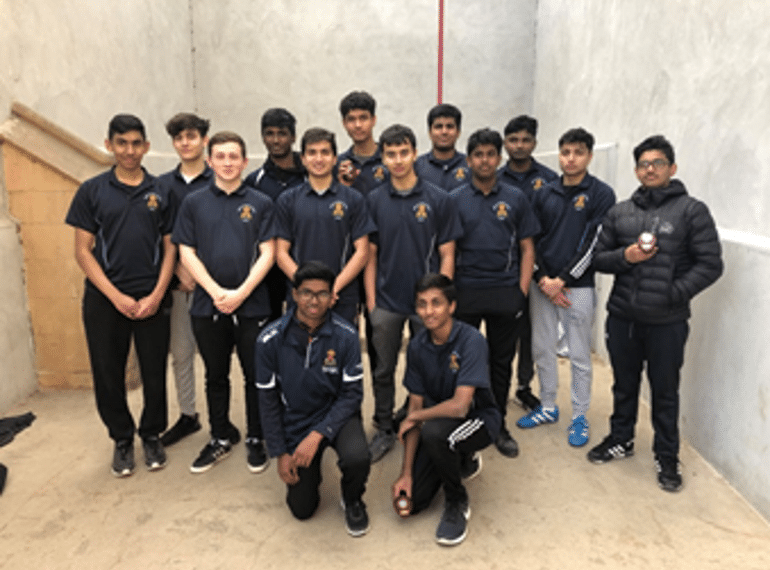 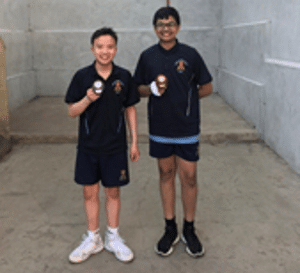 More than 40 boys have represented QE competitively this year, with 28 pupils travelling to Shrewsbury School for the national finals, where more than 650 players from schools across the country gathered.

Oliver O’Gorman, Master in charge of Eton Fives, said: “We have more boys playing than ever before and this is starting to show when we play fixtures against other schools, with more competition for places driving up standards.”

Organisers from the Eton Fives Association commented that the Plate competitions at the national finals are becoming increasingly competitive. 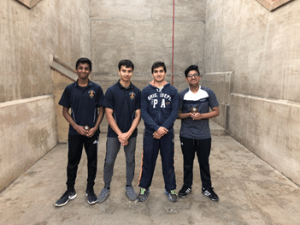 QE Year 9 pair Abhijay Singh and Jamie Hoang “enjoyed a really good day in the sunshine” at Shrewsbury, winning the Plate B competition for their age group, said Mr O’Gorman.

The senior boys “also had a fantastic day”, with Razvan Rusu and Jay Nafade, both of Year 13, taking Plate A, while Year 12 partners Abilash Sivathasan and Thushan Mohan won Plate B.

“In our regular season we’ve had really competitive fixtures against Aldenham, Mill Hill, St Olave’s and Berkhamsted, which have all benefited our boys greatly, 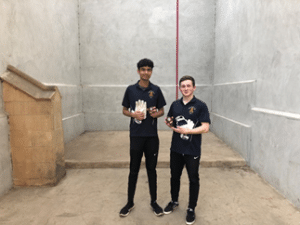 He added that this year’s introduction of a new coach – Mr Jamie Shamash – had helped raise the QE players’ skill levels.