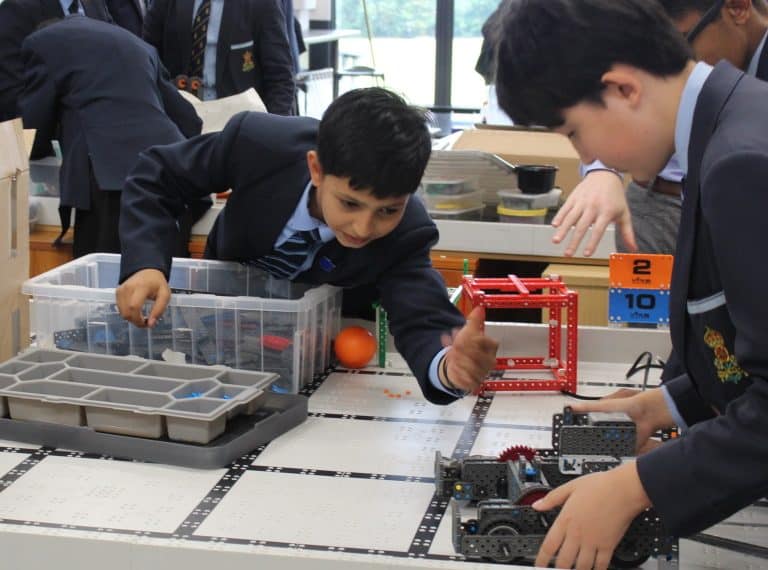 QE’s new robotics suite is already proving a major hit with the boys, after being opened at the start of term. 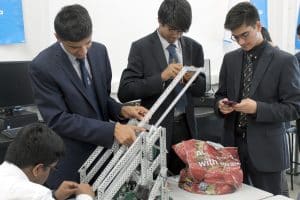 The dedicated facility in the Technology corridor has been created in a large former changing room and fully equipped to help young roboteers develop their skills.

It is expected that QE will field a record number of robotics teams – possibly as many as ten – in the 2019-2020 season, so the room is constantly busy before and after school, as well as at breaktimes and lunch.

This will be only the fourth year in which QE has been involved in the VEX robotics competitions, yet the School has very quickly made its mark on the world stage. In 2017, two teams won places at 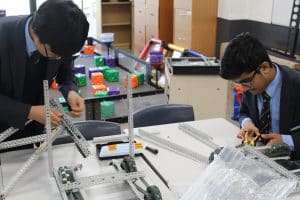 the international finals in Kentucky at the first attempt; in 2018, QE became the first-ever UK school to win a world title, and last academic year a record four junior VEX IQ) and one senior (VEX EDR) teams picked up a string of awards in the US, with one becoming the first UK team ever to reach the competition’s Teamwork Challenge finals.

QE’s Head of Technology teacher Michael Noonan said: “Enthusiasm for robotics here is extremely strong, so we are delighted to be able to offer the boys a dedicated facility, which includes the School’s first permanent EDR field as well as two raised permanent IQ fields. 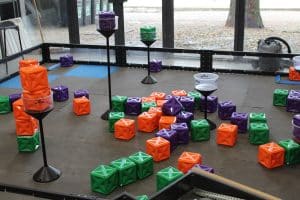 “We’re all looking forward to another great year of competition nationally and, hopefully, internationally,” added Mr Noonan, who won the Teacher of the Year Award at last year’s UK VEX robotics finals in Telford.

In addition to the new IQ and EDR fields, the suite features: