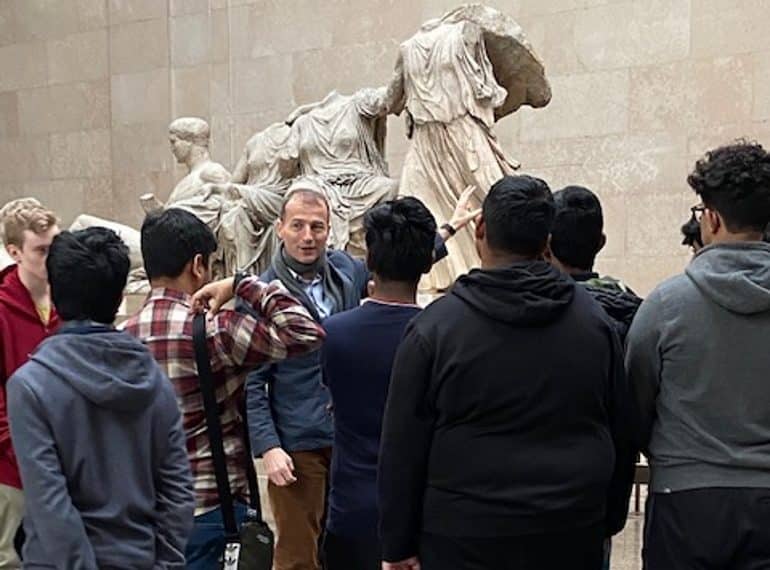 A visit to a critically acclaimed exhibition on Troy at the British Museum helped bring the city’s ancient legends to life for GCSE Latin students. 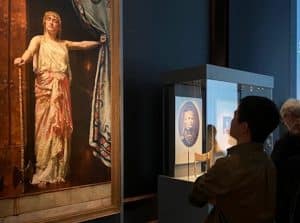 The 33 Year 11 boys taking Latin GCSE – the highest number since the subject was reintroduced at QE as a curriculum subject in 2012 – have been studying Troy as part of their set texts.

The story of Troy has endured for over 3,000 years and captured the imagination of countless generations with its tale of a ten-year war fought over the abduction of a beautiful woman, Helen of Troy, and of enemies infiltrating into the great city in a wooden horse.

Assistant Head of Languages (Classics) Dilprit Kaur said: “The boys loved how the story was told in a multi-sensory way. Using voices to tell the story and projecting elements of it on to the wall really brought the literature to life for them. It also made them appreciate how many versions and adaptations of the story there are.” 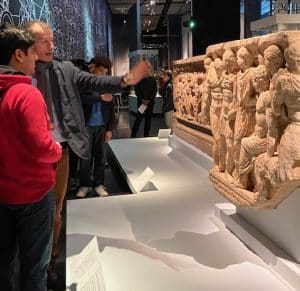 “The boys don’t often get a chance to draw upon artefacts as part of the syllabus,” said Ms Kaur.

“They relished the way in which the story was presented in different media, encompassing sculpture, pottery and modern art.”

The boys were accompanied on their visit by Crispin Bonham-Carter, Assistant Head (Pupil Involvement), who teaches Latin, and Tom Foster.

The exhibition has secured highly positive reviews from the BBC’s Arts Editor Will Gompertz and from publications including The Guardian, Daily Telegraph and Time Out. It runs until 8th March 2020.

In the afternoon, the group also toured the galleries at the British Museum to enhance further their appreciation of mythology and of the Roman Empire.