When the news just doesn’t add up: Mathematics lectures unpick the use and abuse of statistics

Academic enrichment > News & Events > News > When the news just doesn’t add up: Mathematics lectures unpick the use and abuse of statistics 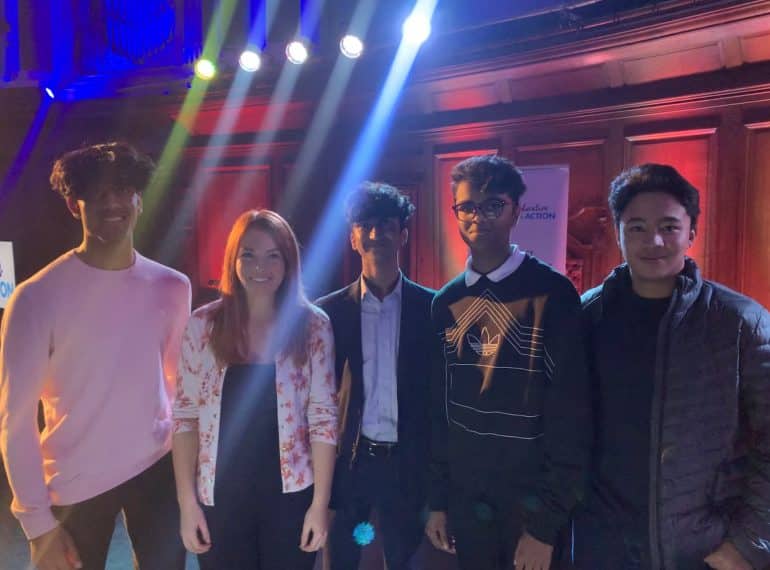 Ninety-nine Year 12 boys were entertained, amazed and inspired at a special series of lectures on the application of Mathematics.

Fifty of the sixth-formers went to one set of lectures, while the remaining 49 went on a later day to hear a second set. The Maths in Action lectures were organised by The Training Partnership (the UK’s leading provider of educational study days) at the Emmanuel Centre in Westminster. 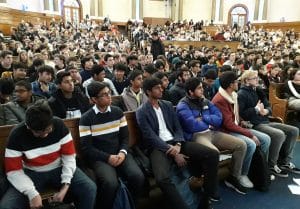 Assistant Head of Mathematics Wendy Fung said: “Each lecture was inspiring in its own way and has encouraged the boys to delve deeper into the topics they found most engaging. These lectures are a very good way of introducing branches of Mathematics and ways of mathematical thinking which are not covered as part of the A-level syllabus, and of showing the range of applications to which the subject can be applied.”

Both groups heard lectures on statistics. On the first day, Michael Blastland, creator of BBC Radio 4’s More or Less programme, spoke on Bad Stats: what they don’t tell you on the news. The second group heard from economist and journalist Tim Harford. He counselled that if used well, statistics can help people learn about the world and he emphasised the paramount importance of using statistics in a responsible way.

Pupil Sachin Sarin said: “Tim Harford’s thorough explanation of how statistical findings were being used by politicians and firms to manipulate the general public into believing certain ideologies allowed us to gain a deeper understanding as to how powerful statistics are when trying to persuade or argue a point. I learnt that statistics can often be cherry-picked and even distorted by these individuals to achieve their motive.”

Beker Shah enjoyed Michael Blastland’s talk, in which he similarly demonstrated “how manipulating data could serve a political agenda or purpose, as shown by the increase in cancer deaths and the increased pregnancy rate”.

Common to both days was a lecture by author and broadcaster Simon Singh on Fermat’s Last Theorem, which he began by introducing 17th century French mathematician Fermat and the concept of a mathematical proof. In Fermat’s spare time, he would find mathematical statements and see if he could prove whether they were true or not. Over time, mathematicians proved all of Fermat’s theorems except one, which hence became known as ‘Fermat’s Last Theorem’. Simon took the audience through the inspiring story which culminated in its proof in 1993.

Simon Singh was, said Zidane Akbar, “a great speaker”, while Janujan Satchi added: “Learning about the story of [British mathematician] Andrew Wiles and how his perseverance led him to prove Fermat’s last theorem was really interesting.” 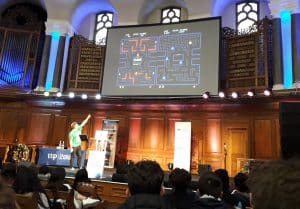 Oxford University’s David Acheson brought some musical moments to the day with his talk, From Euclid to the Electric Guitar. Ayushman Mukherjee said: “I liked the humour, practical demonstrations and guitar solo!”

The other speakers were:

Afterwards, pupil Manas Gaur reflected on the value of the day: “I enjoyed being able to link Mathematics to other fields and seeing how it connects with other subjects.”