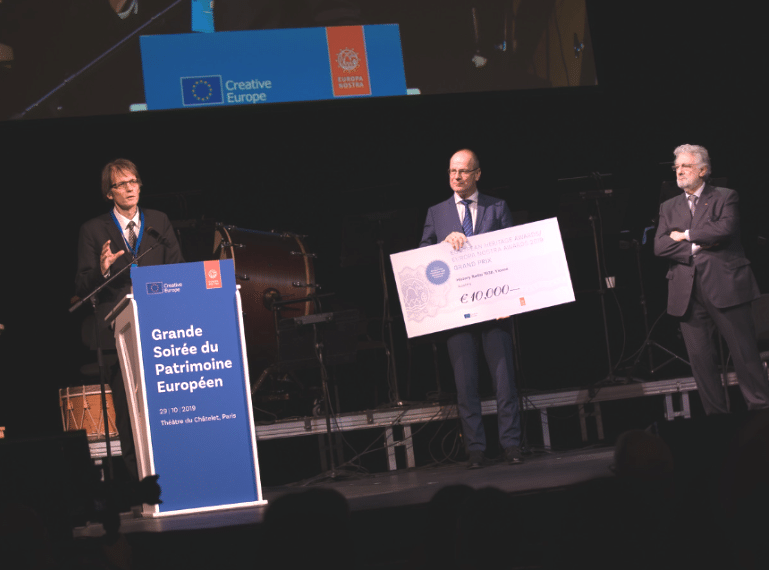 Dr Frederick Baker has won a major EU cultural award for an innovative, large-scale digital project telling the story of the run-up to the 1938 Nazi annexation of Austria, the so-called Anschluss. 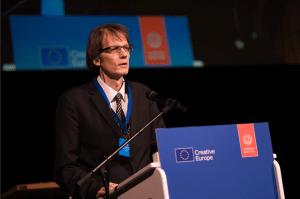 He led a team of filmmakers, historians and programmers involved in the project, which reached thousands of users via the internet, radio, television, and mobile phones, as well as through analogue media such as postcards, lectures, and print. In addition, it was the first digital exhibition on the website of the new Austrian Museum of History in Vienna.

And, in a move of political significance marking the 80th anniversary of the events, the work was projected on to the walls of the current-day Chancellery on the Ballhausplatz in the centre of Vienna in a presentation that included films, photographs and sound recording. During the annexation, this building was the scene of a power struggle between the local Nazis (following orders from Berlin) and the last Austrian President.

“The work is called the History Radar ‘Zeituhr 1938’ and is a web platform describing the key 24 hours in the Nazi invasion of Austria in 1938,” said Fred (OE 1976-1983), who added that the Chancellery was the Austrian “equivalent of Number 10 Downing Street”.

Born in Salzburg but brought up in London, Fred studied Anthropology and Archaeology at St John’s College, Cambridge, Tübingen and Sheffield universities and went on to gain a PhD from Cambridge in 2009. He was a Producer Director for the BBC, working for the corporation from 1994 to 2006. He is the owner of the Austrian film company, Filmbäckerei, and a College Research Association at the Centre for Film and Screen Media, Wolfson College, Cambridge. 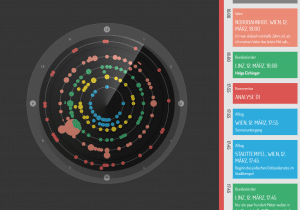 Following the success of the project during the 80th anniversary period last year, it was announced this year that it had won the European Heritage Award/Europa Nostra Award in the Education, Training and Awareness-Raising category. The project was one of only seven to be named as one of the awards’ Grand Prix.

Fred received his award and a cheque for €10,000 from Placido Domingo, President of Europa Nostra, and Tibor Navracsics, European Commissioner for Education, Culture, Youth and Sport, who co-hosted the recent major awards ceremony.

In his acceptance speech, Fred said: “This [project] was 100 per cent Austrian-funded…and I think that says something for the right side of Austria and the correct side of Austria and those who… stood up and are the winners in the end. Thank you very much for this really amazing prize which will help us a lot to carry on and give us support in difficult times.”

In their citation, the awards jury praised the project’s “impressively designed, interactive, web-portal that enhances the user experience and which is especially attractive for young users. 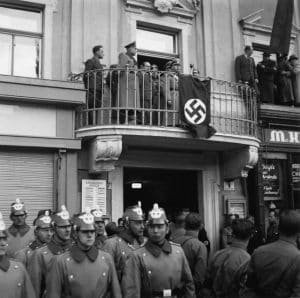 “This project has used innovative media to cast new light on pivotal historical moments in which crucial political decisions were taken. Curiosity was the driving force that provoked this historical storytelling, evoking the collective memory of eyewitnesses. The project’s pioneering technology allows for the constructive mediation of historical events.”

“This innovative approach enables a more nuanced understanding of individual responsibilities in securing democracy and the common values of society. It expresses the dangers of organised propaganda, which, in combination with a compliant media system, can encroach on democratic values and foster unfounded cultural and social bias,” the jury stated.

Funding came from the Memorial Year 2018 fund of the Austrian Federal Chancellery, the Austrian National Fund of the Victims of Fascism, Austrian Future Funds, City of Vienna Student Research Scholarship funds, the Academy of Sciences and the Haus der Geschichte Österreich.

Fred is the winner of numerous awards – including a previous Europa Nostra Award for work done with Cambridge University – and is renowned for his work as a pioneer of immersive reality. A virtual reality experience based on the work of Austrian artist Gustav Klimt last year proved immensely popular with experts and the public alike. Having first won a Silver Medal for Cinematic Virtual Reality at the European Virtual Reality Halo Awards in Amsterdam, its run at Vienna’s MAK (Museum of Applied Arts) was extended by nearly six months and it was then staged at the Palais des Beaux-Arts (also known as BOZAR) in Brussels.