“For me, drawing is a reflective process…ambiguous, fragmented and surreal”

Alumni > News & Events > News > “For me, drawing is a reflective process…ambiguous, fragmented and surreal” 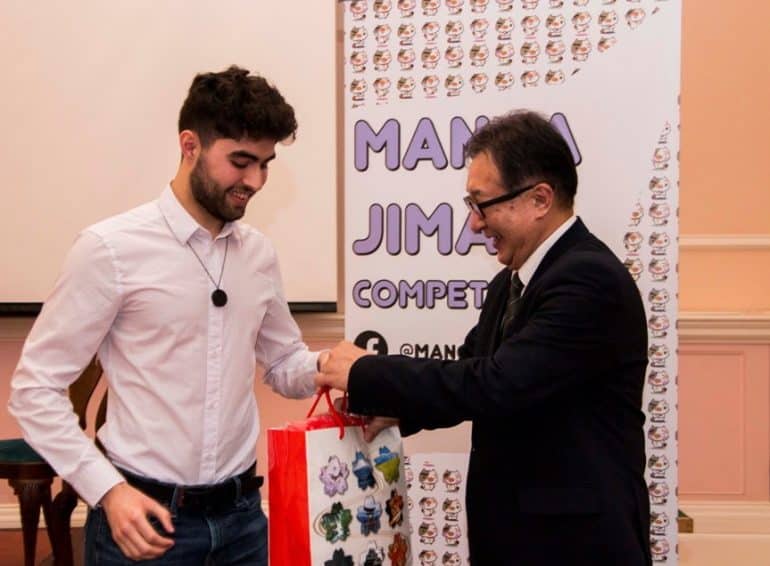 King’s College undergraduate Danny Martin has had his art exhibited in Cambridge for the first time – and now some of his drawings are on display at the Japanese embassy in London after being shortlisted in a manga-drawing competition. 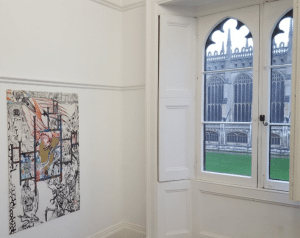 Danny’s work was displayed in the Art rooms at King’s, overlooking the famous chapel, in an exhibition he entitled Full House.

Danny is in his third year at Cambridge, reading Architecture.

His comic strip, Balanced World, was shortlisted and then came eighth overall in Manga Jiman 2019. Manga Jiman is a long-running annual manga-drawing competition run by the Japanese embassy. (Manga are Japanese comics, sometimes called whimsical drawings, typically, but not exclusively in monochrome).

Balanced World is on display as part of an exhibition this month at the embassy on Piccadilly opposite Green Park, following a prizegiving ceremony last week, which Danny attended. 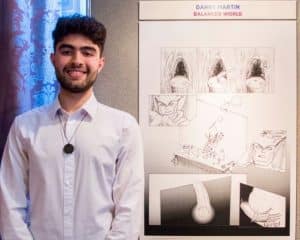 Danny describes it as “a unique take on the creation story where two God-like characters that represent nature’s opposites work together to create a world from scratch”.

In his notes for the exhibition at Cambridge, Danny wrote: “For me, drawing is a reflective process, much like writing a diary. Unlike a diary, however, the output here is far more ambiguous, fragmented and, quite frankly, surreal.

“Impenetrable plumes of visuals erupt out of a subconscious that simply can’t make up its mind.

“The pieces sweat out characters in an attempt to hide their true meanings and ink blotches desecrate and abolish any once-legible text. 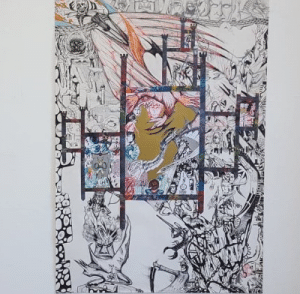 “I present to you Full House, one man’s fantasia that, like real life, has not enough facts, too many villains and a ubiquitous sense of the unknowing.

“Let curiosity be your guide.” 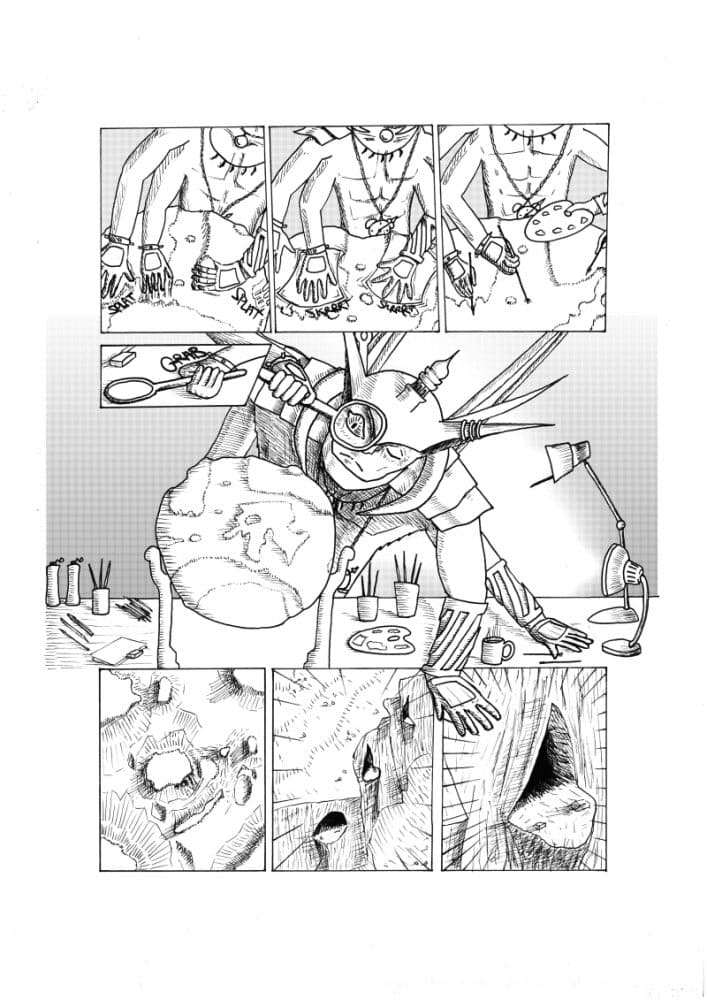 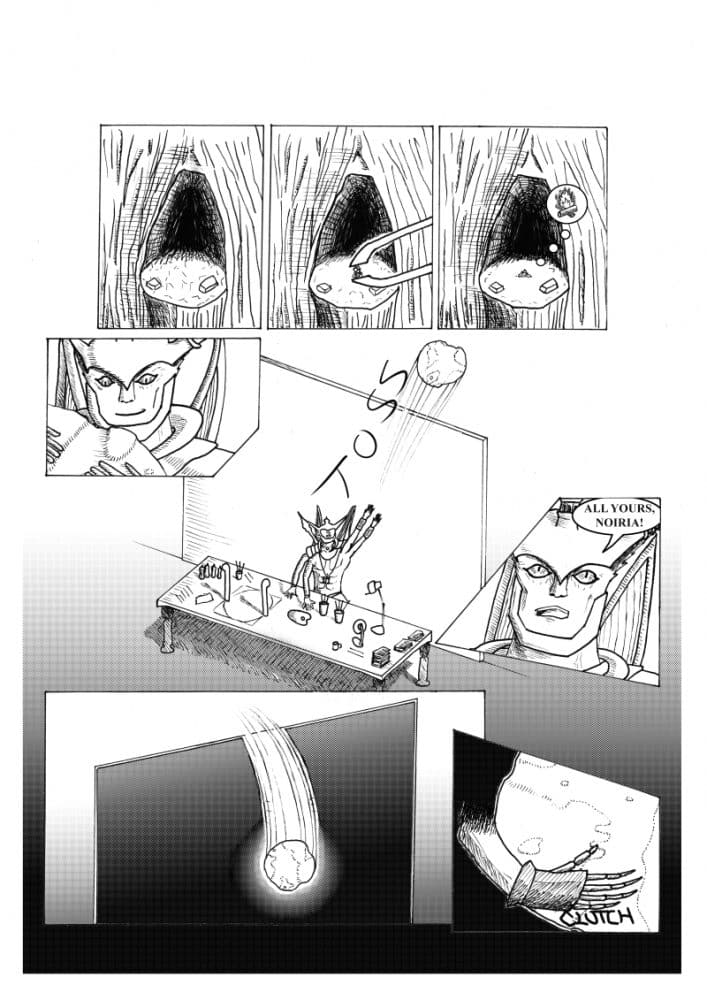 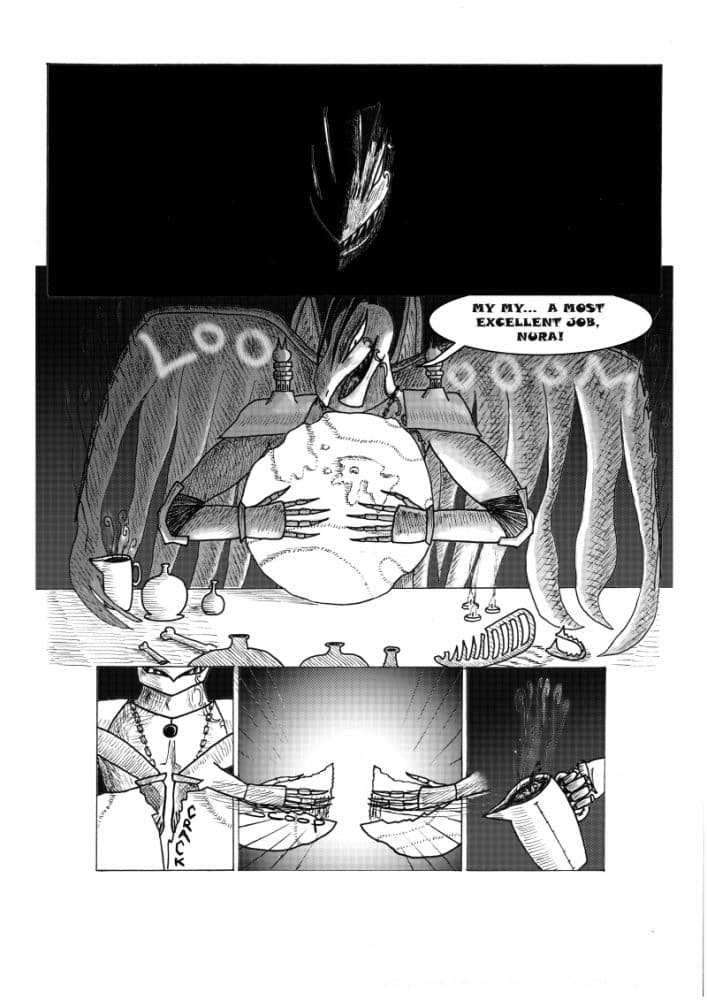 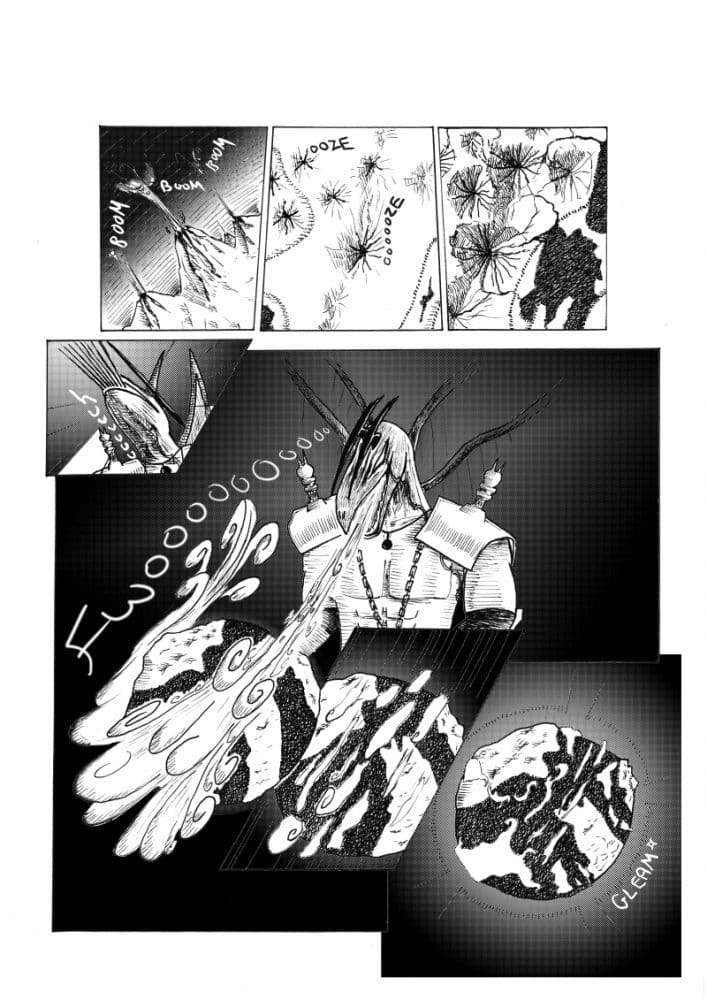 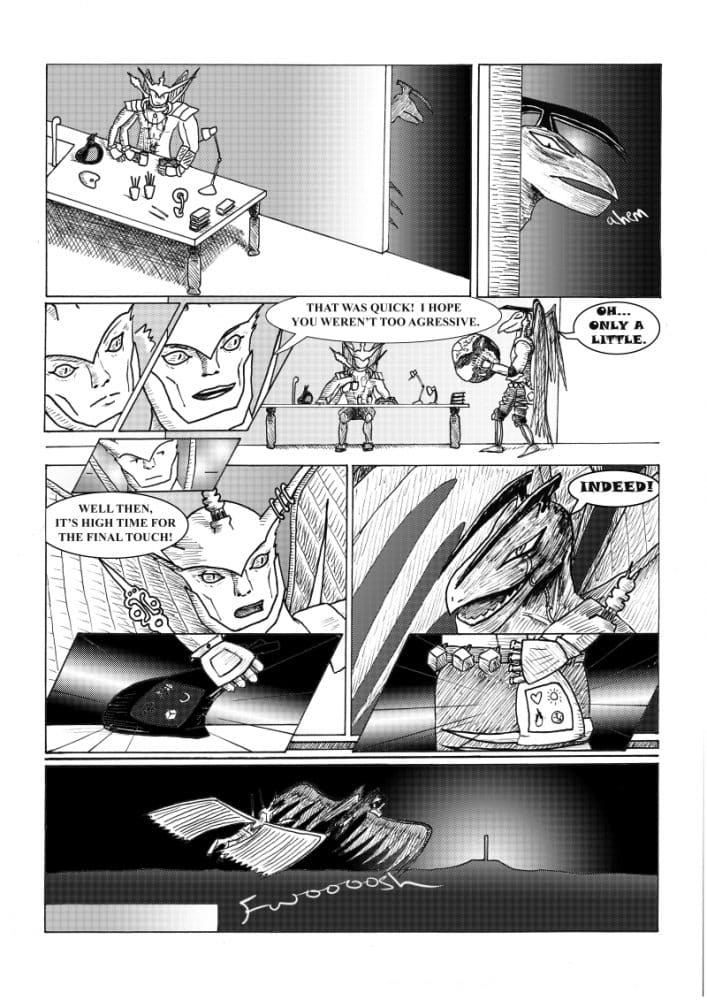 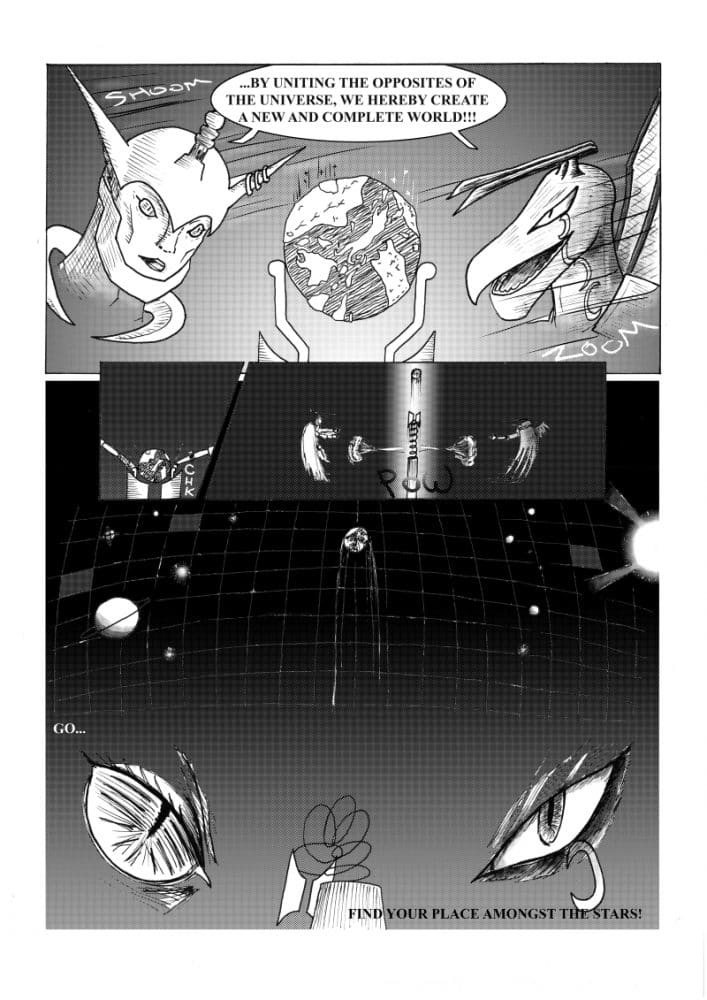