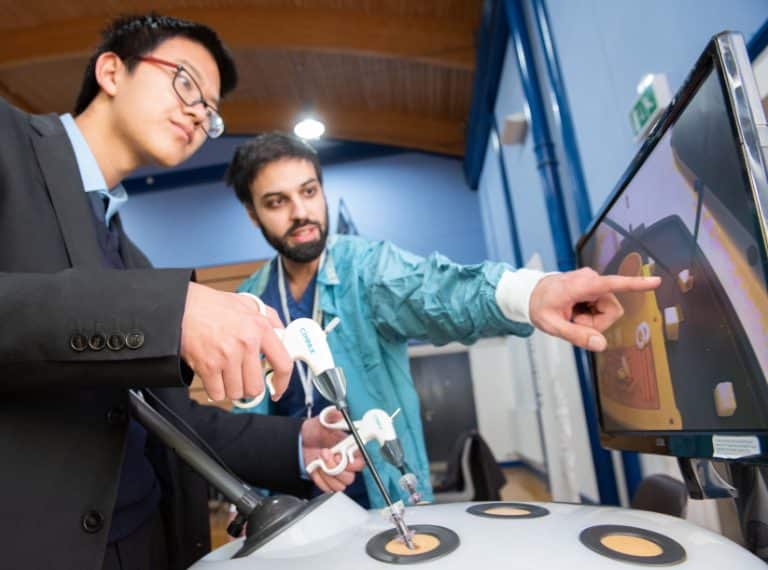 There was standing room only in several of the expert talks delivered as part of the 2019 Year 11 Careers Convention. 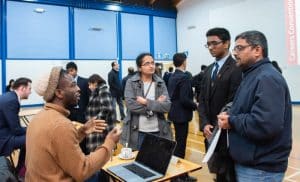 The convention – a major event in the QE calendar – this year featured an increased number of talks. The speakers for these were among representatives of 35 companies and organisations attending in total, including Old Elizabethans and other visitors.

They came from professions ranging from medicine to app development, and from chemical engineering to the law.

All gave their time to meet boys and their families as Year 11 start to consider their future career paths. 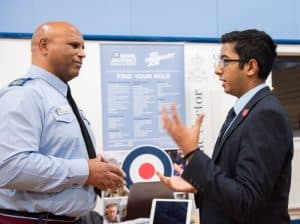 Headmaster Neil Enright said: “It was another tremendous evening. I am grateful to all those who helped our current pupils in this way, whether old boys or other friends of the School. The boys benefit immeasurably from the advice that they receive, not least because seeing alumni thriving in their various careers is in itself a source of inspiration and confidence to them.

“At this stage in their education, it is as important for the boys to develop the soft skills they will need when planning for life after school – in order that they can actually achieve their desired outcomes – as it is to provide insight into the many different options available to them.”

The main Careers Convention was held in the Shearly Hall, while the nine talks – several of which were repeated three times during the course of the evening – were delivered in classrooms. The talks included: 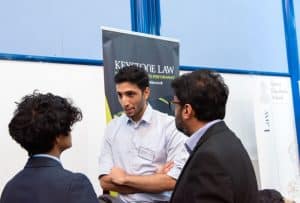 • Dental surgeon Dr Nirmal Wilwaraarachchi (OE 1996-2002) on dentistry
• Joseph Vinson (OE 2007-2013), an Associate Product Manager for US software firm, Granicus, on Getting a job in Tech
• Ramesh Pari (OE 1997-2004), who took up a senior role in engineering for online grocery company, Ocado, after more then a decade as an architect, on Architecture and its transferable skills.

Other talks were on general topics such as studying abroad and about choosing and progressing a career, such as the presentation by Kam Taj (OE 2004–2011) on How to find your ideal career. 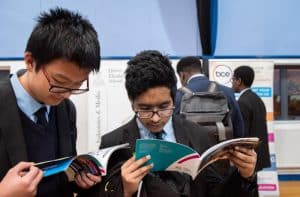 The evening also benefited from experts attending from organisations with which the School has strong partnerships, such as the National Citizen Service (whose summer programme is always popular with Year 11 boys), the STEM Ambassadors programme and the RAF.

Alumni had a chance to catch up with each other at a reception hosted by the School before the event.