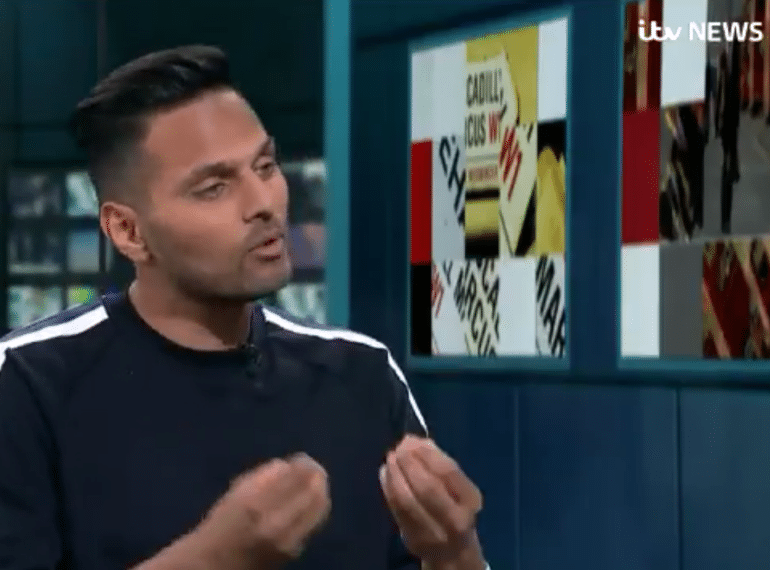 Jay (OE 1999-2006) was speaking to ITV London news anchor Charlene White about the astonishing worldwide impact of his work, which includes a single video with 366m views and social media channels that have gained 21m followers and amassed some 4 billion views in just three years.

Towards the end of the interview, Jay recalled some of the difficulties of his teenage years: “I used to get into a lot of trouble growing up…I was suspended from school multiple times. That was me looking for meaning, that was me trying to find answers and solutions – and so when I found those, I wanted to share them with the world.”

Asked whether his teachers would be surprised at his current life and career, Jay responded warmly. “I have to say that my teachers at Queen Elizabeth’s boys’ School were very patient with me, they were very coaching, they mentored me very well and, yeah, they were great.”

Jay, who grew up in Wood Green, has previously told the School of his fond memories of his time at QE, singling out Head of Art of Stephen Buckeridge and Assistant Head David Ryan for their support, and pointing to his enjoyment of rugby and of public-speaking classes which, he said, “changed my life”.

On leaving QE, Jay went on to Cass Business School in London, from which he graduated with a first-class degree in Management Science. Then, however, his life took an unusual turn: he spent three years as a monk in India in the Hindu Vedic tradition.

When he returned with a mission to, in his words, “make wisdom go viral”, he was spotted by Arianna Huffington and brought to New York, where he rapidly gained a following for his daily show, HuffPost Live #FollowTheReader.

In 2016, Jay married dietitian Roshni Devlukia. Jay featured in the influential Forbes European 30 Under 30 in 2017 – an accolade he described at the time as “one of the greatest moments in my journey so far”.

In the interview with ITV London, Jay explained the rationale behind his motivational videos. “I saw that social media was a place where so many people were having cha 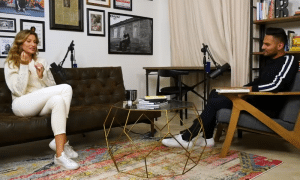 llenges – they were getting stressed out [because of] anxiety, mental health…What I try and do is use social media in a way that people can turn to it as a guide, as a way of thinking about their thoughts, how to improve their relationships, how to improve their careers…and how they can find meaning in their life.”

Jay, who was also interviewed in recent days by Sky News, presents regular interviews with people in the public spotlight, with his subjects this year including celebrities such as Russell Brand, supermodel Gisele Bündchen and tennis star Novak Djokovic.