One to watch! Magazine shines its spotlight on Abbas as a future leader

Alumni > News & Events > News > One to watch! Magazine shines its spotlight on Abbas as a future leader 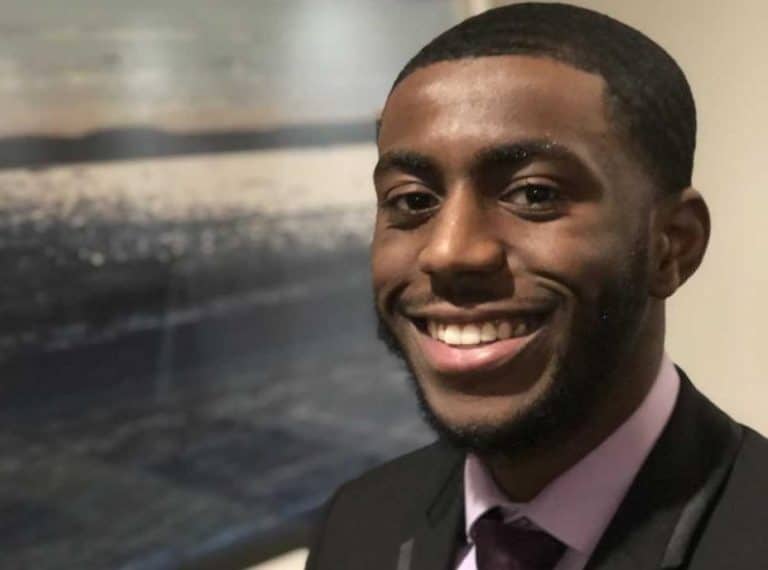 Abbas Adejonwo is in the spotlight after being named one of the UK’s most outstanding African and African-Caribbean students.

Abbas (OE 2011-2018), who is at Warwick, was named among the top 100 in the current issue of Future Leaders magazine after impressing the selectors with his academic record and his work for the university’s African & Caribbean Society (ACS).

Now he has been profiled on LinkedIn and on social media by the magazine. An annual publication sponsored by HSBC UK bank and Oxford University, Future Leaders is aimed at students in sixth forms, colleges and universities, and highlights role models such as Abbas to inspire young people and raise attainment.

To feature, candidates must first be nominated, or nominate themselves. Those shortlisted are invited in for interview at the magazine’s offices and then the final 100 are selected.

They must be in UK university education with a grade average of 60 per cent or above, or undertaking a post-graduate degree. They must also have at least 300 UCAS points.

In addition, the magazine’s website states: “They must be doing something exceptional outside of their studies which marks them out as a person of distinction, be it running a successful business, mentoring younger students, doing something outstanding in their community or anything else in that vein.”

Abbas is reading German and Economics in his second year at Warwick. Future Leaders’ profile on him states: “As Freshers’ Rep for Warwick ACS, Abbas was a bridge between the students and the executive team, which involved running focus groups where students could give anonymous feedback on the running of the society.

“Abbas played a key role in the society’s first-ever Insight Day. The idea was to reach out to schools and invite BAME [black and minority ethnic] students for taster sessions. Abbas was tasked with contacting London secondaries and also leading an economics workshop for pupils. The events brought in 150 students and won hugely positive feedback.”

The profile also mentioned Abbas’s sporting prowess, recognised when he was at QE: “A keen long and triple jumper, Abbas was Jumps Captain for his secondary school athletics team and has regularly filled in for the current captain at Warwick. This involves leading sessions with the jumps team.”

Asked where he saw himself in ten years, Abbas told the magazine: “I’d like to go to Nigeria or Tanzania and work for a development bank, or to own a company micro-financing smaller businesses.”

Speaking to QE, Abbas said how honoured he was to be selected among the top 100. He also gave details of two additional recent achievements:

From 2018-2019, Abbas took an Introduction to FinTech (financial technology) Massive Open Online Course (MOOC) with the University of Hong Kong. He is now a member of Warwick’s Trading Society and its Finance Society.

Having achieved grade 8 horn and grade 8 violin while still at QE, Abbas is also a member of the university’s Brass Society, playing with the Brass Band and Symphonic Brass ensemble.

In his spare time, Abbas is a volunteer with Parkrun, undertaking tasks such as marshalling on the weekends when he is not doing the 5km run himself.