Stagecraft and witchcraft as boys get to grips with Macbeth 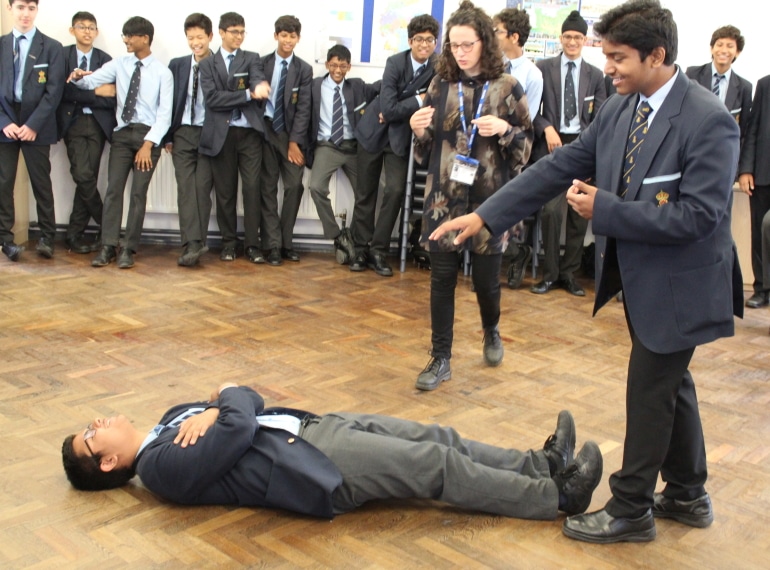 Year 9 pupils took a trip back in time to the dark days of Shakespeare’s Macbeth at a special Enrichment Day that offered them the chance to engage dramatically and creatively with the ‘Scottish play’. 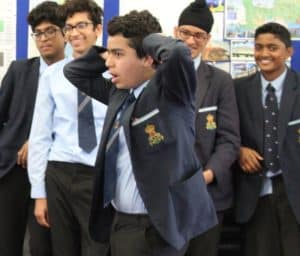 Featuring a series of interactive workshops, the day brought to life Shakespeare’s brooding and exciting tragedy, which most of Year 9 had studied – from a purely textual point of view – earlier in the year.

Head of English Robert Hyland said: “Shakespeare was not written to be studied, but to be performed; therefore, an engagement with Macbeth would be incomplete without some understanding of the stagecraft and dramatic opportunities that this approach to the text provides, away from the minutiae of language analysis.”

Pupil Mahmudur Rahman enjoyed the day and said it helped him understand the play better: “The thing I like about drama is that you can play another person’s life – it’s a distraction from normal life and you can live in another person’s shoes. You can explore any dimension in history, going back centuries before, which I find fascinating.” 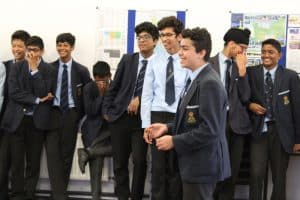 Mahmudur’s fellow Underne House member, Varun Maheswaran, said: “It was a fun day. When we played out the Macbeth scenes, it was enjoyable to explore the play in an interactive way.”

Organised by Mr Hyland, the all-day event took place in a classroom and the Main Hall. It was led by experienced drama professionals Gavin Malloy and Lauren Steadman, from RM Drama, QE’s external drama partner.

The workshops focused on:

The techniques explored included the deployment of ‘freeze-frame’ tableaux, the use of dialogue and improvisation, and the development of soundscapes (where atmosphere is created by the use of collective sound).

With drama not being part of the normal classroom curriculum at QE, the day was especially significant for those Year 9 pupils who were not involved in the School Play, Lord of the Flies, at Easter nor in QE’s contribution to the Shakespeare Schools Festival in the autumn, Mr Hyland said. “While a good number of students have been involved in school productions, many other will not have had exposure to such an innovative approach to a Shakespearean text. It was really refreshing to watch boys perform so ably and creatively, and engage with Shakespeare in a completely different way. For many, this was an opportunity to demonstrate a set of talents that might have gone unnoticed in the classroom.

“The team from RM Drama did a fantastic job at getting our students active and involved – there was a real sense of energy and purpose as the day developed.”